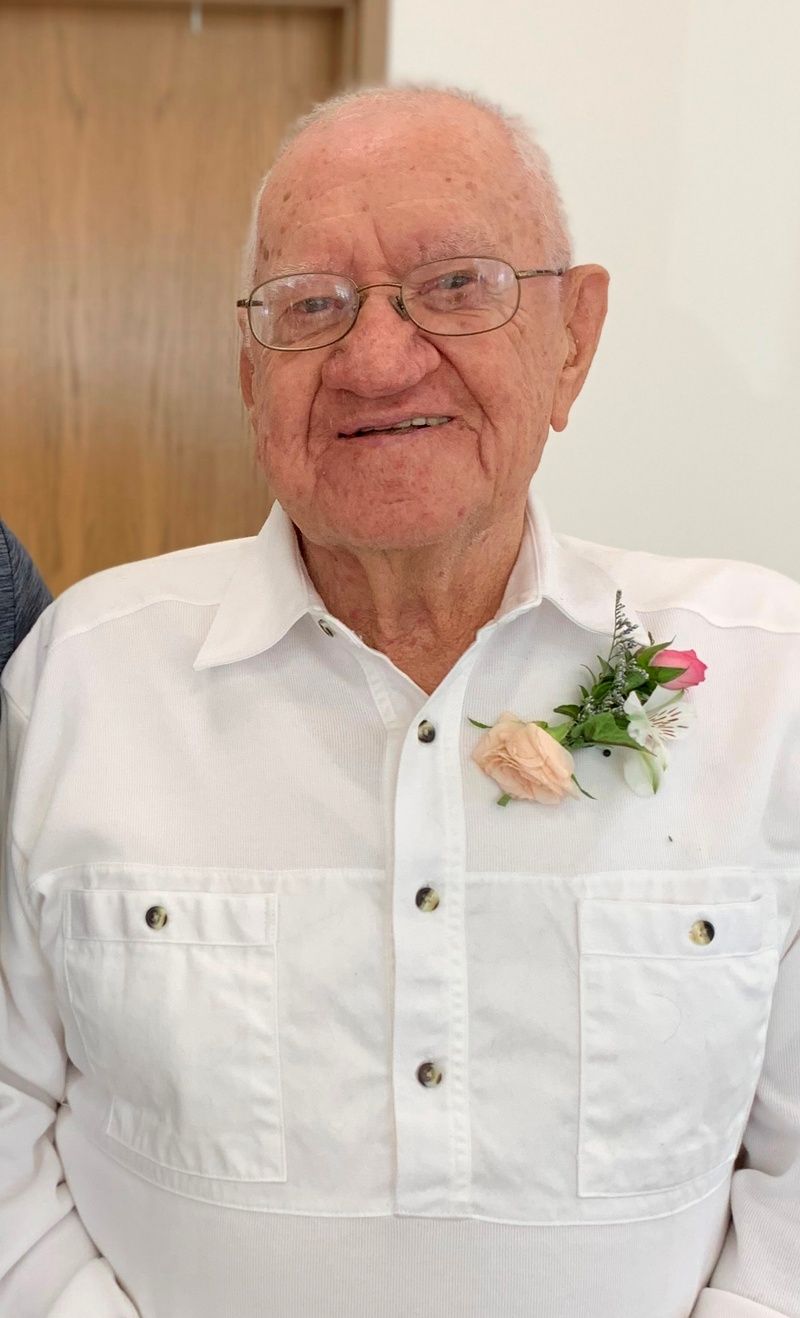 Albert A. Valle, 95, of Brownsville, passed away peacefully at St. Agnes Hospital on Tuesday, December 3, 2019.Visitation for will be held on Monday, December 9th from 9 a.m. until 12 p.m. (noon) at St. Andrew’s Catholic Church in LeRoy. A Mass of Christian Burial will follow at noon with the Rev. Father Tom Biersack presiding. Burial will take place at St. Andrew’s Catholic Cemetery in LeRoy. Born to John and Stella (LaVarda) Valle on August 21, 1924, lived his entire life in Nasbro. He graduated from Mayville High School in 1943 and started working at Western Lime & Cement from where he retired after more than 40 years. On April 23, 1949 he married the love of his life, Gloria Kropp, and they celebrated their 70th wedding anniversary this past year. In earlier years, Albert was a pitcher for the Rock River Baseball League, an avid bowler, and later on enjoyed pitching horseshoes. He loved pheasant hunting with his sons and brother. He loved history, especially the history of Nasbro, was a talented painter, and was proud to be Italian. “Papa” loved animals and always had pets, the most beloved were his dog Cleo and cats Tom, Goldie and Lucky. He loved spending time with his great-grandkids and sharing treats with them. Albert is survived by his wife, Gloria; his sons, Daniel (Marcia) and Robert (Jolene) of Brownsville, James (Joanne) of Lomira, DuWard (Rachelle) of Pickford, MI, and his daughter Mary (Roger) Wondra of Lomira. He is also survived by 14 grandchildren and 35 great-grandchildren. Preceding him in death were his parents, brothers Leo and Bruno, stillborn sister Maria, sister-in-law Shirley Valle and nephew Michael Valle. In lieu of flowers, memorials may be directed to St. Andrew’s Catholic Church in LeRoy.