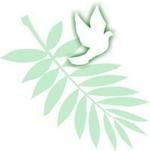 A memorial gathering will be held at the Murray Funeral Home in Beaver on Friday, June 30, 2006 from 12:00 Noon to 1:00 PM. A memorial service will follow at the funeral home on Friday, beginning at 1:00 PM. Fr. John Schreiter will officiate.

Allard Ray McArthur was born on May 18, 1958 in Calais, Maine, the son of Ellis and Charlotte (Strout) McArthur. He attended schools in Baileyville, Maine and had been united in marriage with Karen Martin. Karen preceded Al in death two months ago following a long battle with cancer. Al loved to fish, hunt, camp, bowl, shoot pool and he loved music.

Allard is survived by his mother, Charlotte Kneeland of Beaver Dam; his father, Ellis (Ruby) McArthur of Dixmont, ME; a son, Brent Martin; two daughters, Heather and Monica Martin; four sisters, Sandra (Tommy) Merritt and Laura Martin, both of Baileyville, ME, Esther (Michael) Kolinski of Beaver Dam, and Michelle (Barry) Paige of Cameron LA; two brothers, Richard McArthur and Bradford (Karen) Kneeland, both of Waupun; a half-brother, Jamie (Jen) McArthur of Dixmont, ME; two half-sisters, Christine (John) Fullerton of Galveston, TX and Jill (Teddy) Fullerton of Boston, MA; a special niece and nephew, Brittany Mulheron and Mark Sowers, both of Beaver Dam; a special friend, Linda Hooper of Beaver Dam; and many other special nieces, nephews, other relatives and friends. He was preceded in death by his grandmother, Helen Strout, a nephew, Jason Martin, and his former wife, Karen.

The family would like to extend a special thanks to the Beaver Dam Ambulance crew, Dr. Solis, and the staff at the Beaver Dam Hospital Emergency Room for their efforts to save Allard”s life. They would also like to thank the Murray Funeral Home for their help and guidance.

The Murray Funeral Home in Beaver Dam is serving the family. www.MurrayFH.com