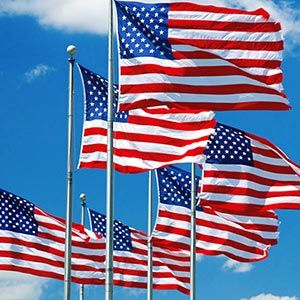 Arville H. Tesch, age 83, of Horicon, WI passed away on Thursday, September 25, 2014 at the Golden Living Center in Beaver Dam. Funeral services for Arville will be held on Sunday, September 28 at 3 pm at St. Stephen Ev. Lutheran Church, Horicon, WI with Rev. Daniel Seehafer officiating with a burial to follow at Oak Hill Cemetery, Horicon, WI. Visitation will be held on Sunday, September 28 from 1 pm till 3 pm at St. Stephen Ev. Lutheran Church, Horicon, WI. Military Honors will be conducted by the Horicon American Legion Post #157.Arville H. Tesch, born May 19, 1931 to Edwin and Dorothy (nee Schwantes) Tesch. He was united in marriage to Marlene Buelter on July 1, 1952 in Clyman. He was employed at the John Deere Co. in Horicon.He was a member of St. Stephen Lutheran Church in Horicon. He was a veteran of the US Army where he served from 1952-1954 and was also a member of the Horicon American Legion Post #157. In his spare time Arville enjoyed gardening and traveling with his wife, especially to Branson on more than several occasions. He loved the time that he got to spend with his family and friends. He will be fondly remembered as a man that would give you the shirt off his back.Arville is survived by his son- Rick Tesch of Horicon. His 2 sisters- Wonda Tesch of Watertown and Delores Tesch of Watertown. His 2 brothers- Darwin (Lois) Tesch of Horicon and Delmar (Lois) Tesch of DeForest. His special sister in law- Carol Buelter of Juneau. His 5 grandchildren- Craig (Cerra) Tesch of Boise, ID., Stacy (Special Friend Eric Hafenstein) Tesch of Juneau, Jason (Caitlin) Skalitzky of Wausau, Brandon (Candice) Tesch of Horicon, and Brittany Tesch of Horicon. His 5 great grandchildren- Mason, Avery, Kendall, Lydia, and Emma. Further survived by nieces, nephews, other relatives and friends.He was preceded in death his parents, his wife Marlene, and daughter Sandra Skalitzky.