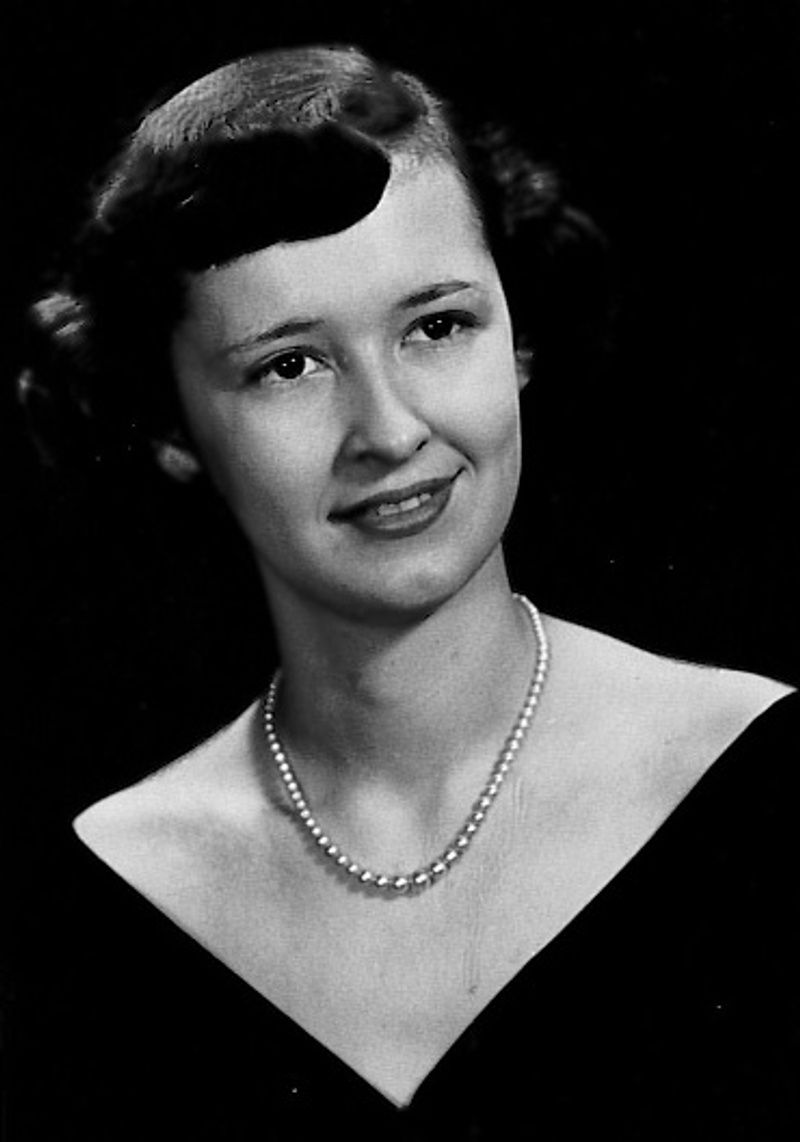 Audrey N. Lovelien, 89, of Lodi, WI passed away on Monday, May 17, 2021 at the Larson House in Columbus, WI.Audrey was born the daughter of Russell and Alice (Jacobson) Larson on March 15, 1932 in Taylor, WI. She attended Taylor schools and graduated from Taylor High School in 1950. No sooner were Audrey and Dayton married on June 15,1953, they had a forced separation. Dayton off to Naval Officer training school in Newport, R.I., and Audrey left behind to complete her Nurses training at UW-Eau Claire. Halfway through a four month OCS schedule, Audrey became an RN and arrived in Newport where Dayton had arranged a job in the local hospital plus a one bedroom apartment with kitchen privileges. They remained in Newport where Dayton was enrolled in Communications School. Upon graduation, they were off to Long Beach , Calif. and the Destroyer USS Rupertus. The couples’ next separation was for six months as Dayton was on a tour of the Far East. Audrey returned home, had their first child, Debra in Jan. 55. When Dayton returned, and had some leave time, they drove back to Long Beach where they had 6 mos. respite before Dayton was off on another cruise to the Far East. Audrey remained in Long Beach and lived with another officers’ wife for the time Dayton was overseas. Dayton was mustered out of service after three years and they took up residence in West St. Paul. Dayton worked for the Minnesota Conservation Dept. while Audrey worked as a part time Nurse. Lynn was born in Whitehall in Oct ’57. The family of four and a Black Lab puppy moved to Hoffman, Minn. where Dayton had obtained the Science Teacher position at the local school. Audrey worked for the local Doctor at his office Two years later, Dayton was appointed High School Principal. Two years later, they decided it was time to get serious about graduate school and took a one year residence at the Univ, of Minnesota in Minneapolis. Dayton received his Master’s Degree and a job in Manitowoc as Wilson Junior High School Principal.Dayton held his position for 21 years ; Audrey worked as a Nurse in area Doctors’ Offices and Hospitals, and gave birth to our third daughter- Karen in 1966. They retired in 1985 and began a period of traveling, Audrey worked for Trav-Corps , a Nursing Org. for two years in the South. Lived on a 33 ft. sailboat for 3 winters, and wintered in Tucson, Az. for about ten years.They totally enjoyed the cabin they built in 1970, and spent summers and some winter time skiing at its location near Eagle River, Wi. All were unhappy when they decided to sell and move to the the Madison area in 2002. The Condo they purchased has been a good investment and they were closer to their children and grand-kids as they were growing up. Audrey is survived by her husband Dayton of Lodi; her three daughters: Debra Lovelien of Morrisonville, WI, Lynn (Mark) Knickelbine of Mount Horeb, and Karen (Mark) Olinger of Virginia; her brother Duane Larson of Denver; four grandchildren: Alison, Ezra (Alison), Soren, and Jack; and further survived by other relatives and friends. She was preceded in death by her parents.A memorial gathering will take place at the Koepsell-Zeidler Funeral Home in Columbus on Wednesday, May 26, 2021 from 12 p.m. until the time of the memorial service at 1 p.m.A memorial gathering will also be held at Taylor Lutheran Church in Taylor, WI on Saturday, May 29, 2021 from 11 a.m. until the time of the service at 12 p.m.