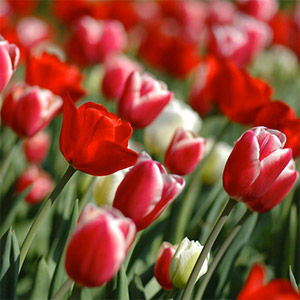 Beverly Mae Luck, age 87, of Horicon, WI passed away on Monday, December 21, 2015 at Matthews of Horicon.A funeral service for Beverly will be held on Monday, December 28 at 12 p.m. (noon) at St. Stephen Ev. Lutheran Church in Horicon with Rev. Jonathon Szczesny officiating. A visitation will be held on Monday, December 28, from 10 a.m. till 12 p.m. (noon) at the church church. Interment will follow the service at the Oak Hill Cemetery in Horicon. Beverly was born on May 11, 1928 in Beaver Dam the daughter of William and Elfrieda (nee Hartle) Welch. She was a graduate of Beaver Dam High School. She was united in marriage to Frederick Luck on February 17, 1947 in Randolph. She was a health care giver at Clearview in Juneau until she retired. She was a member of St. Stephen’s Ev. Lutheran Church in Horicon. In her spare time, Beverly enjoyed her Tops Exercise group in Horicon. She also volunteered at the Horicon Marsh Education Center. She also loved taking trips to the family trailer located at the Wisconsin Dells. Most important to Beverly was her family and the time she spent with them.Beverly is survived by her children- Gary (Tori) Luck of Boise, ID., Frederick Luck of Oshkosh, and Pam (Dan) Zacharias of Rhinelander. Her sister- Helen Ring. Sister in law- Faith Welch. Her 6 grandchildren, 6 great grandchildren. She is further survived by other relatives & friends.She was preceded in death by her parents; her husband Frederick in 2010; daughter in law Sandra, and siblings John Welch and Beulah Hammer.