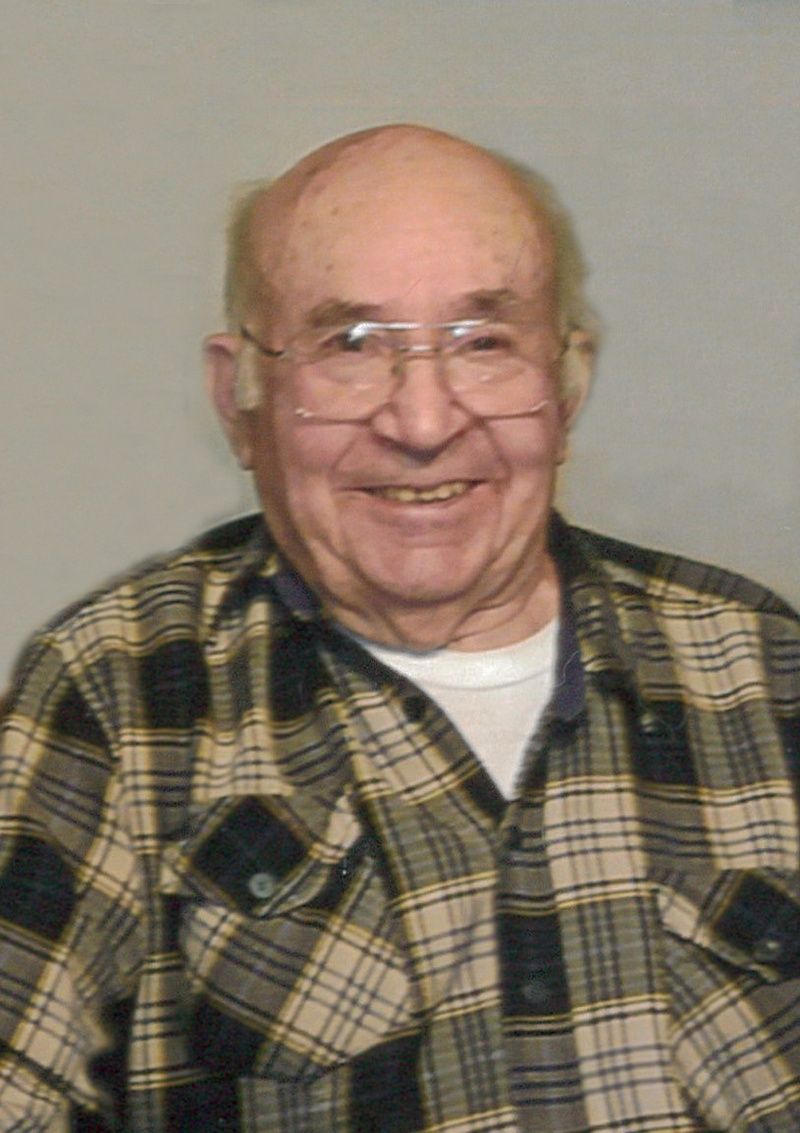 Carlan F. Matuszeski, age 91, of Beaver Dam, passed away peacefully with his family by his side on March 22, 2020. Carl was born and raised at his homestead in the Town of Westford on April 14, 1928, the son of John F. and Josephine E. (Mann) Matuszeski. He attended school in the Town of Westford until 8th grade and then worked on the family farm. He served in the Army and was stationed in Germany during the Korean War. Upon his return he met his wife Nancy at a dance in Fall River. They were united in marriage on April 29, 1961 at St Michael’s Catholic Church. Carl was employed at Rissman and Gamble as a mechanic for 15 years. He then worked at Brad Ragan Tire in Madison as a mechanic and retired after 35 years of service. After retirement he was a dedicated volunteer at St. Vincent de Paul’s, fixing and tinkering with items that were donated for 15 plus years and made many friends there. Carl enjoyed deer hunting and fishing with family and friends. In his later years, he enjoyed spending time with his close friends, Robert and Terese Olson and their families, Glen Bonner and his life partner, Bev, and Paul Warmke. He also enjoyed meeting with cousins for monthly luncheons or dinners throughout each year. In 2015 he made a special trip to Washington DC on the Honor Flight with his very close friend and neighbor, Robert Olson. Carl was an active member of St. Michael’s and St. Katharine Drexel Parish. He served on various church boards, ushered and helped count money. Carl is preceded in death by his parents; his in-laws; wife, Nancy in June of 2000; brother, Walter; sister, Marjorie Schmitt and brother-in-law, Ralph Schmitt; brother, Alan and sister-in-law, Madge; brothers-in-law, Charles Loney and Andy Schouten, Jr. Survivors include his sons, Carl (Beverly) from Burnettt, Michael (Christine) from Sycamore, IL, and Thomas (Elizabeth) from Redgranite; his sister, Lucy Loney from Sasche, TX; brother, Norbert (Lois) from Randolph; sister-in-law, Norma Schouten from Toledo, OH; nieces, nephews, and many close friends. His family would like to thank Hillside Hospice team, who helped care for him during his brief illness. Memorials may be made in Carlan F. Matuszeski’s name to St. Vincent de Paul. Private services will be held for Carl. Burial will be at St. Michael Cemetery in Beaver Dam.