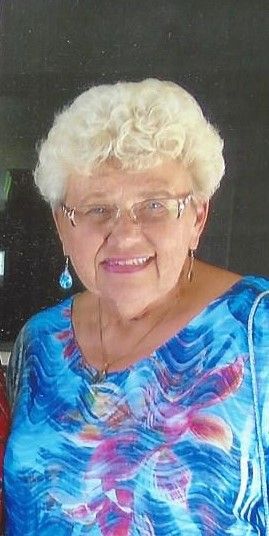 Carol Rae Hereid, age 73, of Horicon passed away on Sunday, May 13, 2018 at her home in Horicon surrounded by her family.A memorial service for Carol will take place on Sunday, May 27 at 2 p.m. at Zion Lutheran Church in Horicon with the Rev. Daniel Vojta officiating. A visitation will be held on Sunday, May 27 from 12 noon until 2 p.m. at the church in Horicon. Carol was born on July 15, 1944 the daughter of Jessie and Audrey (Warehime) Staley in Charles City, Iowa. She was united in marriage to Larry Hereid in August 26, 1964. In 1968 Carol and Larry moved from Iowa to Horicon, Wisconsin. Carol worked for the Horicon School District and then at John Deere for 20 years before retiring in 2003. She was a member of Zion Lutheran Church in Horicon. In her spare time, Carol enjoyed quilting, golf, playing cards, and traveling. She was an avid Wisconsin Badgers and Green Bay Packers fan.Carol is survived by her children- Kristin Hereid of Horicon and Gregg Hereid of Beaver Dam. Her brother in law- Dwight Hildebrand of Omaha, Nebraska. Her beloved dogs- Lacey and Zoe. Further survived by nieces, nephews, other relatives and many friends.She is preceded in death by her parents, her husband Larry, her step father William Gies, her in laws- Orland and Virginia Hereid, and sister in law Dixie Hildebrand.Memorial may be directed to Zion Lutheran Church or the UW Carbone Cancer Center.