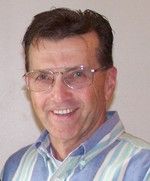 David Brandenburg, age 63, died unexpectedly on Wednesday, July 9, 2008, as a result of a tragic biking accident.

David was born on October 23, 1944 to Joe and Lois (Wulk) Brandenburg in New London, Wisconsin. He was a 1962 graduate of Marion High School and furthered his education at Lakeland College. At age 16, David started working in the home building industry; he was currently employed at All-Tile, Inc. as a Sr. Sales Manager. David had a love for baseball throughout his life and was a coach at many different levels. He started coaching at age 12 as a player-coach of his Little League team and continued for many years. David continued playing through high school, legion and college, achieving a position as third baseman on the Minnesota Twins farm team. He was recently inducted into the BABA Baseball Hall of Fame. David was an active member of Sacred Heart Catholic Church, in Horicon where he served as an usher.

In lieu of flowers, the family suggests that memorials be made in David Brandenburg”s name to the MACC Fund, St. Joseph”s School for Indians, or to the Milwaukee Rescue Mission.