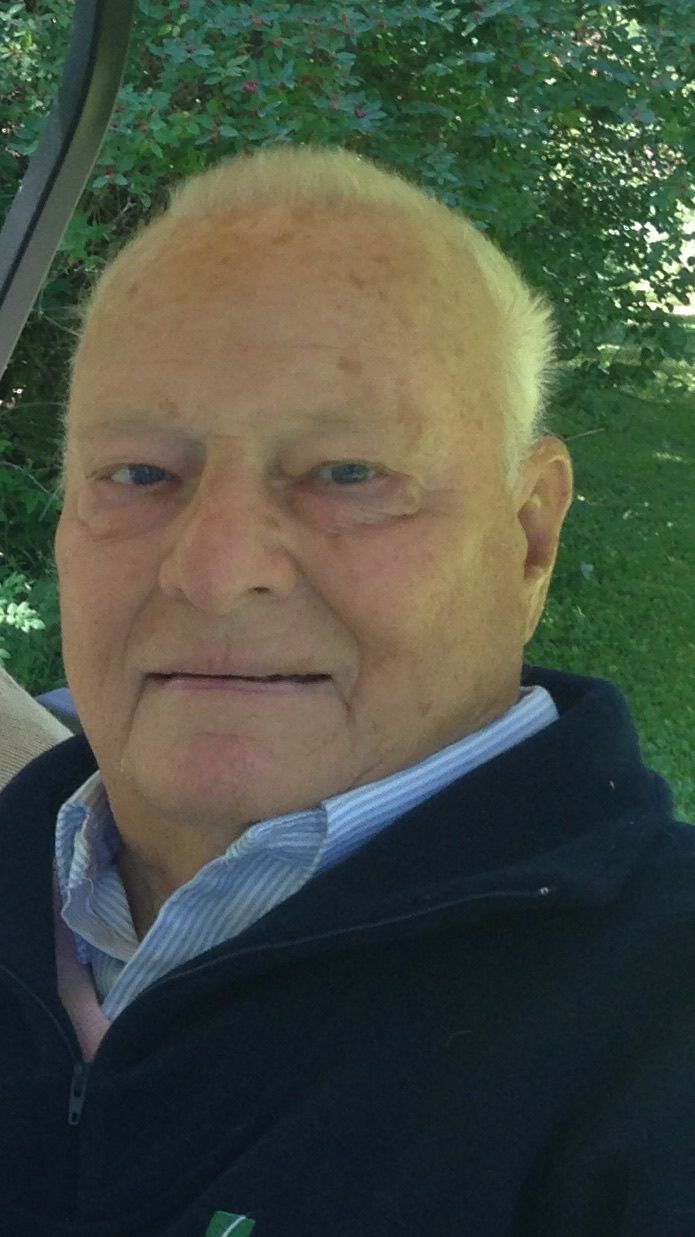 David Emerson Brown, 91, was a long time Wilmette resident, a strong conservative, patriot and loving husband to Marjorie Frey Brown, who proceeded him in eternity, loving father to David Jr.(Kathy), Judy Howser(Richard), Thomas(Amy), devoted grandfather to Lindsay Schultz(David, Makenna,Owen),Katie Nading(Jesse, Emerson), Crystal Howser, Benton Howser, Elizabeth Davis(Kevin), Richard Howser, Thomas Brown, Douglas Brown and Colton and Piper Markowitz, and loving brother to ‘Robert Brown (Toledo), departed this earth surrounded by family August 10, 2017. Dave was known for his strong leadership, great athleticism and his deep devotion to his family. Dave met Marge at DeVilbiss HS, in Toledo,OH. They shared 64 years of marriage. David earned 20 varsity high school letters, setting numerous records.He was state tennis singles champ and doubles champ with brother Bob. He was elected to Scott HS Hall of Fame in 1987. He enlisted in the Navy Air Corps V5 program and spent most of his enlistment at various colleges bolstering their athletic teams. He quarterbacked Franklin and Marshall (PA) to their only undefeated season and weeks later was quarterbacking Princeton to victory over Harvard. Following WWII, he attended the U of I where he was captain and Big 10 tennis champ. He joined Beta Theta Pi fraternity in which he remained active all of his life, serving a national treasurer for many years. He joined Kemper Insurance as a CPA and later as an attorney with legislative affairs.He and Marge spent 5 years in New Orleans where he was President of the Young Businessmen Organization and very active in the New Orleans Lawn Tennis Club where he was secretary. He was instrumental in organizing tennis in the south and was President of the Southern Lawn Tennis Assoc. He served in many leadership positions in the USLTA now USTA. He was elected Republican State Central Committeeman for several terms, was treasurer of the Illinois Republican party and was head of the New Trier Republican Organization for over 30 years. He hosted dignitaries including Presidents Regan and George H.W. Bush. He was active in the United Way, United Charities, Clearwater Camp, the Northwestern Settlement and Trinity church. He was a fierce competitor and athlete, playing competitive tennis in New Orleans, Chicago and at the Glen View Club, winning the National Father Son Clay Court Championship with Davie JR, in 1974. Dave was an avid curler, traveling all over for bonspiels, He was President oft the US Curling Association and in 1972 brought the National Championships to Wilmette, He vacationed each summer with his family at various National Parks, hiking the trails and climbing mountains. He served as a Regan appointee to the Lewis and Clark foundation and traveled that trail for annual meetings. In retirement, he and Marge moved to their beloved Maycrest in Mayville, WI where he continued to play bridge, tennis and golf at Old Hickory in Beaver Dam. He had a hole in one on #7, He loved sharing a beer with his Mayville friends and riding on his John Deere. He and Marge were snowbirds, spending the winters at Desert Mountain in Scottsdale, AZ. He never retired from being a Cub fan (World Champs) but was best known as a rabid Bear fan, acquiring his season tickets from GSH in 1960. For 50 years he never missed a game. He sang the fight song with gusto following each touchdown and he frequently wrote the coaches with his astute observations on game calling and suggestions on how to tackle. He touched many lives and charmed everyone. He lived by the motto “Another Day, Another A”.He was a Jolly Good Fellow. A memorial service will be held Saturday, September 23,2017 1 pm at Trinity Methodist Church, 1024 Lake Ave., Wilmette, IL. a reception will also be held in Mayville, In lieu of flowers memorial donations may be made to Men of Principle Campaign, Beta Theta Pi Foundation, Brennan Hall, PO Box 6277.,Oxford, OH 45056.