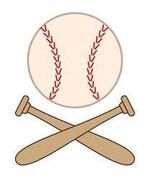 Delor Harvey Henderson, 93, of Beaver Dam passed away on Saturday, April 26, 2014 at the Charleston House in Beaver Dam.

A memorial service for Del will be held at a later date.

Delor Henderson was born the son of Harry and Ida (Stack) Henderson on May 9, 1920 in Mayville, Wisconsin. Delor was united in marriage to Jean Marie Andrews on March 14, 1953 in Waupun, Wisconsin.

Delor is survived by his wife, Jean of Beaver Dam; his three children: Darlene (Brian) Brehm of Kokomo, IN, Ross Delor Henderson of Sainer, WI, Ellen Dee (Don) Puckett of Cape Coral, FL; his three grandchildren and six great grandchildren. He is further survived by other relatives and friends.

He was preceded in death by his parents, two sisters, five brothers, and a granddaughter.