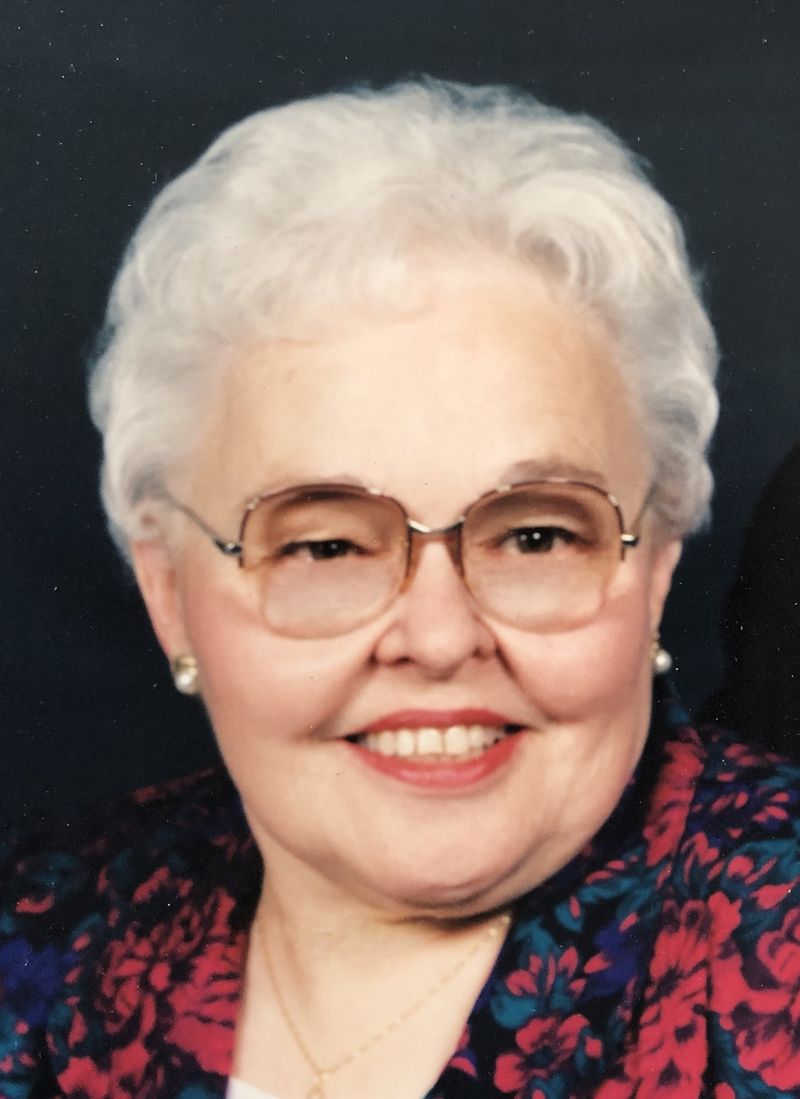 Delores Ann Martha Loehrke of Theresa died peacefully surrounded by family on April 28, 2018. She was 87.Delores was born on April 21, 1931 in Mayville, WI to her parents, Walter and Paula Schlegel Muche. She was baptized at home on May 10, 1931, confirmed at St. John’s Lutheran in Mayville on May 5, 1944, and later graduated from Mayville High School in May of 1949. On November 10, 1951, Delores married Gordon Loehrke and raised five children. The couple spent most of their married life in Theresa where Delores helped Gordon run the family auto repair business. Once the children were in school, she returned to work at various part-time jobs and eventually took a full-time job at the M&I Bank of Mayville. She retired from M&I after 25 years and still maintained contacts with friends she made while at the bank.The family regularly camped for their yearly vacations and enjoyed the National Forests and numerous sites in Wisconsin. Their love of travel continued into retirement when Gordon and Delores participated in many tours to various areas in the country including Branson, Nashville, Washington D.C., Alaska, the Western National Parks, and Canada. Gordon and Delores loved to be involved in family events and the activities of their grandchildren and great-grandchildren. Additionally, Delores was a huge Jeopardy fan and seldom missed a show until her health began to deteriorate.While raising her family, Delores was very involved in church and community organizations. She was a long-time member of the Ladies Aid of the River Church and served as President for several years. Delores often volunteered at the River School and enjoyed tutoring students who were learning to read. Being a longtime resident of Theresa, she was also very involved in community organizations. Involvement included being active in the Theresa Historical Society where she served as treasurer, a member of the Theresa Election Board where she supported the local elections, Theresa Snowmobile Club, as well as volunteering at events for other local organizations.Delores is survived by Gordon, her husband of 66 years; five children: Ted (Peggy) Loehrke, Kristine (Mark) Groh, John (Marie) Loehrke, David (Barb) Loehrke, and Tim (Rose) Loehrke; grandchildren: Jason (Mel) Loehrke, Christopher (Diane Keller) Butch, Nicholas (Michelle Blaser) Butch, Nathan (Cory Martin) Loehrke, Margaret Loehrke, Michael Loehrke, Ryan (Lisa) Loehrke, Amy (Jared) Muche, Casey Loehrke and Samuel Loehrke; and great-grandchildren: Britany Nicolle Geise, Allie Jo Fairweather, Makinzi Lee Fairweather, Rilee Marie Fairweather, and Allison Muche; her sister Carol (Larry) Zuberbier, brother-in-law Kenneth (Valerie) Loehrke, sisters-in-law Lucille Muche and Jean Muche.She was preceded in death by her parents Walter and Paula Muche, parents-in-law Mathew and Selma Loehrke; brother Edward Muche, brother and sister-in-law Walter and Donna Muche, brother Vernon Muche, brother-in-law Maynard Loehrke, and sister-in-law Ruth Zastrow and her husband Fritz Zastrow.There will be a Christian Burial Service for Delores at St. John Ev. Lutheran Church in Mayville on Monday, April 30th at 2:00 P.M. Visitation will be at St. John’s on Monday morning starting at 11:00 A.M. up to the time of the service. Rev. Bruce Zagel will officiate. In lieu of flowers, memorials can be made to the St John’s Black Top Fund or the charity of your choice. Burial will take place at the River Church Cemetery after the service.