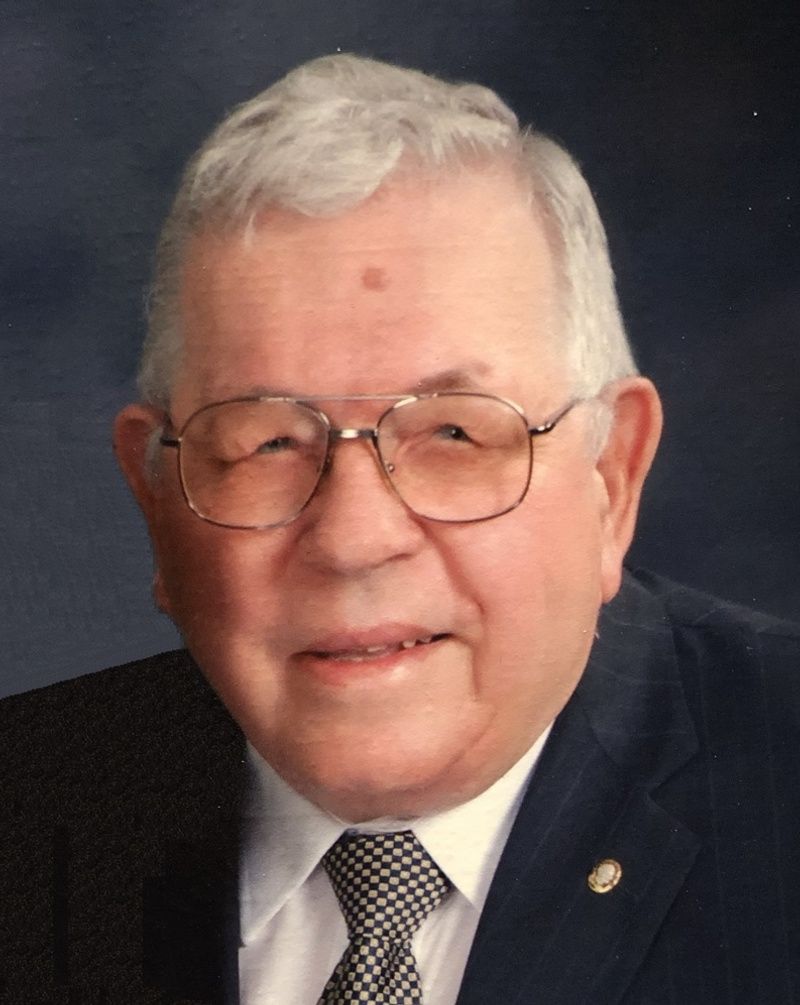 Donald A. Dehn, age 93, of Menomonee Falls, formerly of Horicon passed away on Friday, December 3, 2021 at Froedtert Menomonee Falls Hospital.A funeral service for Donald will take place on Wednesday, December 8 at 11:30 a.m. at the Koepsell Murray Funeral Home in Horicon with the Rev. Fr. Justin Lopina presiding. Visitation will be held from 10 a.m. until the time of the service at 11:30 a.m. at the funeral home. Burial will be held at St. Malachy Cemetery in Horicon.Donald was born the son of Emil H. and Evelyn E. (Martens) Dehn on November 17, 1928 in Horicon. He was a graduate of Mayville High School. He was united in marriage to Eunice M. Lamers on October 22, 1949 in Theresa. He was later united in marriage to Jackie Royal (Craw) on October 16, 1993 in Milwaukee. Donald had worked as a tool designer at John Deere for over 35 years. He was a member at St. Dominic Catholic Church in Brookfield and a former active member of St. Malachy in Horicon where he served his parish in many capacities and was also a member of the Knights of Columbus. Donald was also a past member of the Theresa Fire Department. In his spare time Donald enjoyed deer hunting with his family. Donald was a very handy person and there wasn’t a job he couldn’t tackle. He was a skilled wood worker, plumbing, electrical, and with his families vehicles. Donald is survived by his children- Sharon Herman of Madison, Dennis (Debbie) Dehn of Horicon, Daniel Dehn (John Maffetone) of Hudson, FL., and Jeffery (Cindy Haselow) Dehn of Watertown. His grandchildren- Amy (Brian) Schroeder, Benjamin (Erin) Dehn, Matthew (Lisa) Dehn, Timothy (Jessica) Dehn, Colin (Brook) Dehn, and Andrew Dehn. His great grandchildren- Trenton, Alyssa, Zander, Emma, Harper, Henry, Weston, and Adelynn. Further survived by in-laws Corrine Lamers, Grace Lamers, Judy Lamers, Ted (Fern) Lamers, Helen (Dave) Treleven, Richard Lamers along with numerous nieces and nephews other relatives and friends.He was preceded in death by his parents, his wife Eunice, his second wife Jackie, and his daughter Phyllis. Memorials may be directed to Sacred Heart Parish in Horicon.