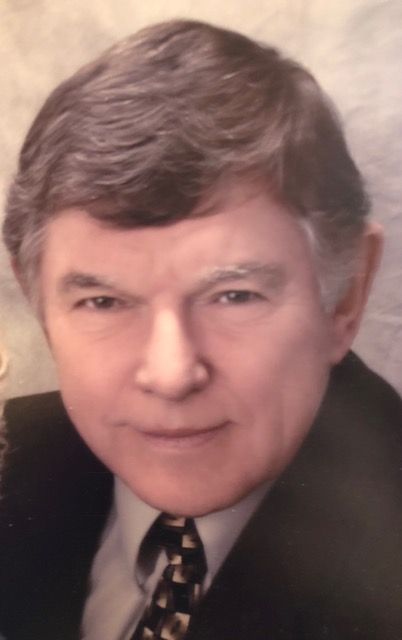 Donald Glenn Roll, 81, passed away peacefully on Thanksgiving Day, November 23, 2017, surrounded by family and friends. A visitation for Don will be held Sunday, November 26, 2017 from 11:30 a.m. to 2 p.m. at St. Peter’s Ev. Lutheran Church in Kekoskee. A funeral service will follow at church at 2 p.m. with Rev. Dennis Bratz officiating. Burial will take place at Kekoskee Cemetery with military honors provided by the Mayville American Legion Post #69. Don was born on February 16, 1936 at home in the Town of Williamstown, the son of Emil Roll Jr. and Meta Liscow Roll. Don was raised on the family farm, attended Kekoskee Grade School and was a graduate of Mayville High School and Dodge County Teachers College. He received his Bachelor’s and Master’s Degrees from the UW-Oshkosh. He taught school for 37 years, starting in a one-room country school and finishing his career at the Mayville Middle School. He enjoyed working with students very much, and his great rapport was appreciated by both students and staff. Don served his country for almost 30 years with the U.S. Army, including with the Army Reserve and with National Guard during the Berlin Crisis, retiring with the rank of Major. His military career included training and some instructing at various U.S. bases, including Ft. McCoy, WI; Camp Ripley, MN; Ft. Leonard Wood, MO; Ft. Benning, GA; Ft. Gordon, GA; Ft. Bragg, NC; Ft. Sam Houston, TX; Fitzsimmons Army Hospital, Denver, CO; and Walter Reed Army Hospital, Bethesda, MD. Don met the love of his life LaVon (Dolly) Elsinger at Dodge County Teachers College, and they both taught in country schools until Don went into the Army. Upon returning, he married Dolly on December 20, 1958 at St. Peter’s Lutheran Church in Kekoskee. He and Dolly purchased a farm they lived on all their married life. Don served his community in many ways: town clerk for the Town of Williamstown for 42 years; member of St. Peter’s Lutheran Church, including president of the Luther Society, elder of the church council, member of the stewardship committee, secretary of the congregation, and member of the choir; an active volunteer fireman with the Kekoskee Fire Department, joining in 1959 and serving as president and captain; Mayville School District board member, serving in the offices as board president and vice president; member of the American Legion Post 69, Reserve Officers Association, the Military Officers Association of America, the Mayville Education Association, the Wisconsin Education Association, the National Education Association, the National Rifle Association, and the Wisconsin Towns Association. Don built and flew his own helicopter, received his pilot’s license and flew fixed wing as well. He was an annual visitor to the EAA at Oshkosh. He loved to “tinker”, whether it was on his dad’s Ford Model T, with his 4-wheelers or tractors, and was often called “the gadget man”.Don is survived by his wife LaVon (Dolly), his children Kim (Tom) Ruffalo of Oconomowoc, Jon (Tami) Roll of Cross Plains, and Keri (Bill) Hinshaw of New Jersey; his eight grandchildren: Abby, Katie, and Trenton Ruffalo, Emily, Samantha, and Jon Henry Roll, and Kai and Ronan Hinshaw; his sister-in-laws Joyce Roll of Mayville and Bernice Roll of Hartford; dear cousins, nieces and nephews; and his close friend Ken Kaepernick of Iron Ridge. He was proceeded in death by his parents and his brothers Verland and Roman.