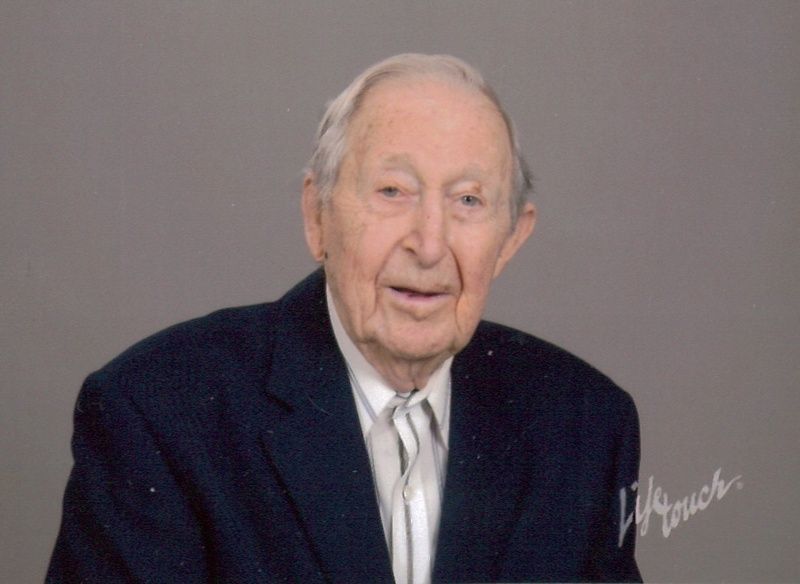 Donovan James McQueen, 98, of Beaver Dam, passed to his Heavenly home to be with his Lord and Savior and was reunited with his wife, Mary, on Monday, October 12, 2020 at Prairie Ridge Assisted Living in Beaver Dam. Donovan was born the son of George A.D. McQueen and Arlette (Kroncke) McQueen at the family home in the Tn. of Leeds, Columbia County, Wisconsin. Donovan served his country during WWII on the Island of Saipan in the 73rd Bomb Wing of the Army Air Corp working on B29 bombers. After returning home from his service Donovan used his GI bill to pay for his Bachelor’s degree in Electrical Engineering at the Milwaukee School of Engineering. Donovan was employed by RTE/Asea in Waukesha working with electrical transformers from 1957 until his retirement in 1988. After retirement Donovan moved to the Beaver Dam area. He was united in marriage to Mary Schultz on January 28, 1950 in Milwaukee and they spent a wonderful 54 years together before her passing in 2004 . Donovan was a faithful member of Peace Lutheran Church in Beaver Dam. He enjoyed playing cards, socializing at the Watermark, and making stained glass. Donovan loved to play golf, and golfed into his mid 90’s. Donovan is survived by his four daughters; Kathleen Mary McQueen of Oshkosh, Debra Kaye (Glenn) Brotherton of Everett, WA, Sandra Jean (Ken) Karnovsky of Cottage Grove and Nancee Lee (Clay) Hollenbeck of Cambria, grandchildren; Avram (Brooke) Katz of Volga, SD, Matthew Valesh of Stanwood, WA, Aaron “AJ” (Mariah Cohen-Davis) Katz of Madison, Mary Hollenbeck of Cambria and Donna Hollenbeck of Cambria, great-grandchildren; Rayena Katz, Ephraim Katz and Hannah Beth Katz, his sister; Betty Jean Costa of Walnut Creek, CA. Donovan is further survived by other relatives and friends. He was preceded in death by his parents, brothers; Merle (Anna Mae), Phillip and Arnold (Grace), son-in-law; Scott Valesh. The family would like to thank the staff at Prairie Ridge Assisted Living in Beaver Dam for their great care.