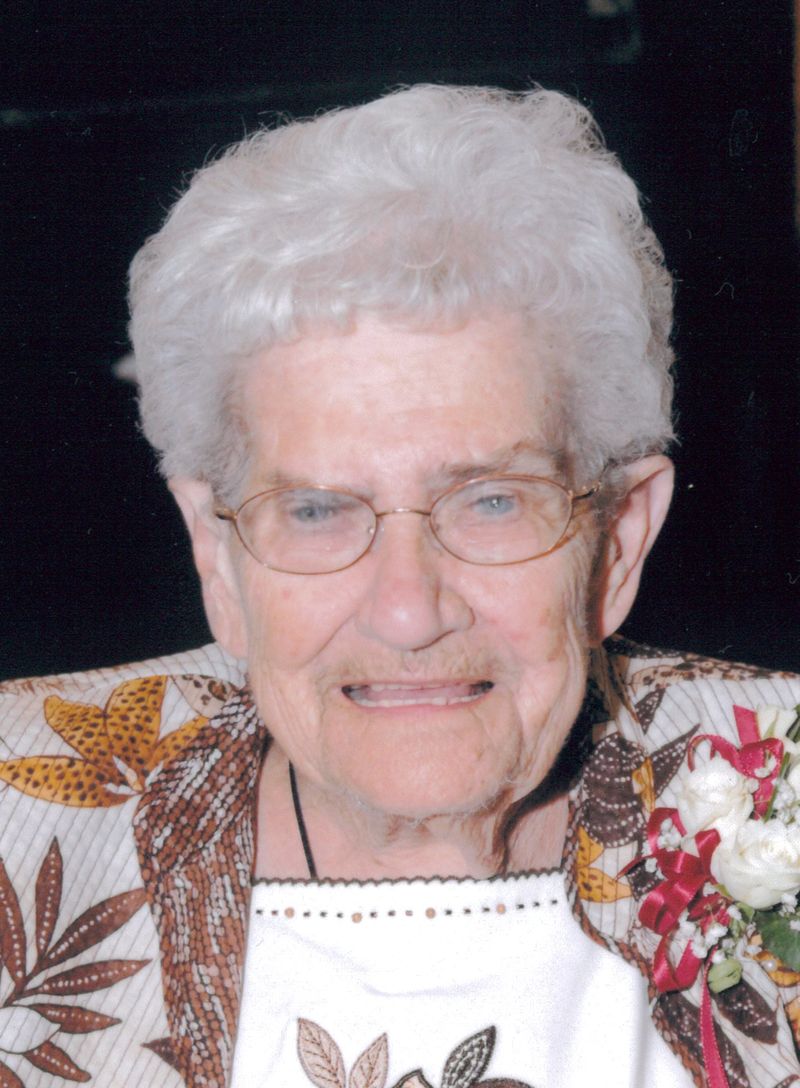 Doris J. Miller, age 92, of Columbus, passed away on Friday, July 17, 2015 at Golden Living – Continental Manor in Randolph.The visitation will be at Koepsell-Zeidler Funeral Home in Columbus on Monday, July 20, 2015 from 4:00 p.m. until 7:00 p.m. There will also be a visitation at Zion Ev. Lutheran Church on Tuesday, July 21, 2015 from 10:00 a.m. until 11:00 a.m. The funeral service will be at the church on Tuesday at 11:00 a.m. with Rev. Daniel Sims. Burial will be at Hillside Cemetery in Columbus. A luncheon will follow the burial at church.The former Doris J. Brokopp was born on November 6, 1922 in Columbus, Wisconsin to Fredrick W. and Meta (Bohlman). She was a 1941 graduate of Columbus High School. On December 9, 1945 she was united in marriage with Eugene W. Miller. Doris was a lifelong member of Zion Ev. Lutheran Church where she was active with the Ladies Aid and was a member of the Columbus American Legion Auxiliary. After her husband’s passing, Doris became employed at Hardees and Burger King until her retirement. She was a fan of NASCAR, Packers, and Brewers. Doris was also known for being the “cookie grandma”.Survivors are her four children, Karen Beattie of Dayton, OH, Allen Miller, Glenn (Carla) Miller and Ellen Miller, all of Columbus; grandchildren, Ryan (Jodi) Miller, Mathew (Michelle) Miller, Robin (Paul) Quest, and Darrin (Jennifer) Miller; great grandchildren, Noah, Kelsey, and Benjamin Miller; Morgan Miller; Ethan and Lydia Quest. She is further survived by many nieces and nephews, other relatives and friends. Doris was preceded in death by her parents; husband, Eugene; brother, Arthur; granddaughter, Michelle; son-in-law, Leal Beattie; daughter-in-law, Dianna Miller; as well as other in-laws.If desired, memorials in Doris J. Miller’s name may be made to Zion Ev. Lutheran Church.The Koepsell-Zeidler Funeral Home in Columbus is caring for the family. To leave online condolences, or for directions and other information, please visit our website at www.KoepsellFH.com.