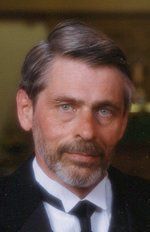 The visitation will be held at Murray Funeral Home in Beaver Dam on Wednesday, May 27, 2009 from 3:00 PM until 5:00 PM. The John E. Miller American Legion Post #146 will provide military honors, following the visitation at 5:00 PM at the funeral home. Cremation will follow.

Douglas Dean Laughran was born on March 17, 1948, in Milwaukee, Wisconsin, to Quentin and Martha (Bialek) Laughran. He was raised in Junction City and attended P.J. Jacobs High School in Stevens Point, Wisconsin. Doug went on to college at UW Madison and entered in to the United States Army on November 10, 1966 and was honorably discharged on August 21, 1969 receiving a national defense service medal, Vietnam service medal, and a Vietnam campaign medal. On December 24, 1985, he was united in marriage with Kathleen Kasmiske in Oregon. Doug was employed at Oakhill Correctional Institution in Oregon and retired in May of 2005. Doug”s hobbies included hunting, fishing, target shooting, reading, motorcycling, playing his guitar and other outdoor activities.

Doug will be missed by his wife, Kathy of Beaver Dam, children, Cody Laughran of Beaver Dam, Victoria (Jim) Lundy of Waupun, and Bobbie Jo (Scott) Mleziva of West Allis, grandchildren, Laci and Katelyn Cloud of Brooklyn, and Brayden and Cohen Mleziva of West Allis, parents, David and Martha Hunter of Junction City, sisters and brothers, Laura (David) Schaub-Laughran of AZ, Karen (Dave) Remus of WI, Bruce (Linda) Hunter of CA, and Jeff Hunter of TX, nieces, nephews other relatives and friends. He was preceded in death by his father, Quentin, grandparents, and uncle, Peter Laughran.

Memorials may be directed to the family for an educational trust fund for Doug”s son, Cody.

Murray Funeral Home in Beaver Dam is caring for the family. Online condolences may be made at www.MurrayFH.com.