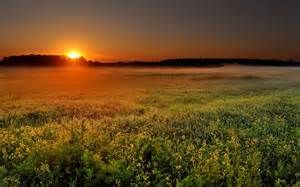 Edna M. Schroeder, 103, of Horicon passed away on Monday, July 9, 2018 at Marvin’s Manor in Horicon.Visitation for Edna will be held on Wednesday, July 11th from 9:30 a.m. until 10:30 a.m. at St. Stephen Ev. Lutheran Church in Horicon. A funeral service will follow at 10:30 a.m. with Rev. Daniel Seehafer officiating. Interment will be on Thursday, July 12th at 9:00 a.m. at Roselawn Memorial Gardens in Madison.Edna was born on August 12, 1914 the daughter of Frank and Henrietta (Erfurth) Carpenter in Paoli, WI. On October 26, 1935, she was married to Norman H. Schroeder in Windsor, WI. Together with her husband Norman, they farmed for many years in the town of Williamstown. She was a member of St. Stephen Ev. Lutheran Church in Horicon. She enjoyed lawn mowing, gardening and most importantly, Edna enjoyed spending time with her grandchildren.Edna is survived by her children: David (Irene) Schroeder of Glen Ellyn, IL, Caryl Jean (David) Wolstenholme of Corvallis, OR, Kenneth (Elizabeth) Schroeder of Moberly, MO, John Schroeder of Driftwood, TX, Russell (Kristine) Schroeder of Horicon and Arlene (John) Fitzgerald of Janesville, WI; 15 grandchildren and 37 great grandchildren; other relatives and friends.She was preceded in death by her parents, her husband Norman in 2010 and her sisters and brothers.Memorial donations in Edna’s name may be made to St. Stephen Ev. Lutheran Church in Horicon.The Koepsell-Murray Funeral Home in Horicon is serving the family. Online condolences may be made at www.koepsellfh.com.