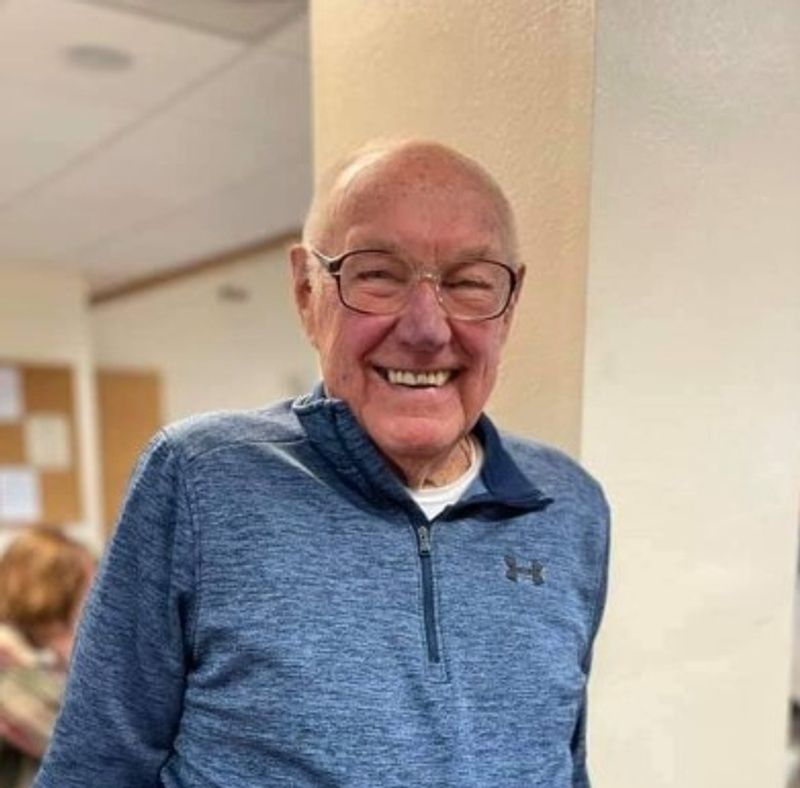 Edward Jerome Bosch, husband, father, carpenter and servant of others, was welcomed into heaven with his daughter and wife by his side, at home, on June 1, 2021. Edward was the youngest of four children, born to Margaret and Ignatius on August 2, 1930 in Milwaukee, WI. He attended Mother of Good Counsel elementary school, St. John Cathedral High School and enlisted in the Army when he graduated from high school in 1948. Edward served for a year in the army and was called back a year later when the Korean War broke out. He was sent to Fort Sill in Oklahoma where he was a field instructor and responsible for training the men who would eventually see active combat in Korea. Edward met the love of his life in 1953 while both were working at Kohl’s Food Store in Milwaukee, he in produce, she in the delicatessen. They were married November 5, 1955 and immediately moved to Mayville. While the move was intended to be short lived, they stayed, raised five children, and made Mayville their home for life. Edward worked in construction before spending several years with Maysteel installing cabinets throughout the Midwest. He eventually started his own reputable carpenter/contractor business in 1970, surviving the recession of the 1980’s while retaining his employees, and finally retiring in 1995. Edward is survived by his wife of 65 years, Gayle Cecilia Bosch (Herber), sons Anthony (Gia) and John (Joy), daughters Kathleen Brummond (Terry), Theresa Knaus (Daniel), Mary O’Neil (John), sibling Sister Margaret Bosch, 12 grandchildren, 4 step grandchildren and 21 great grandchildren. He was greeted in heaven by his parents, brothers Robert and Hubert, and beloved grandson Peter Brummond. Edward was extremely active in retirement and devoted his life to his family. He could always be seen at his kids’ and grandkids’ events, from sports to musicals to celebrations of sacraments and everything in between. He loved sports and could always be found watching some sporting event on TV. He was a loyal Wisconsinite and loved the Packers, Bucks, Brewers and Badgers, and we never tired of the Ice Bowl memories. Edward devoted his life to serving God and others, always willing to help and lend a hand. He played many roles over the course of his lifetime: reader, usher, Knight, volunteer, mentor, teacher, consultant, handyman, organizer, leader, builder, dishwasher, janitor, and member of the Honor Guard. Like many who’ve served but don’t consider themselves veterans, Edward was proud of being a member of the American Legion and respected the men and women who served in the military. He was committed to honoring and serving the legacy of his fellow military men and women who lost their lives, whether through active combat or beyond their military careers. He began serving as part of the Honor Guard when he retired and regretfully forfeited his uniform 25 years later when he became ill. We love him, we will miss him, and we honor him with a Final Salute. A memorial Mass of Christian Burial will be held on Tuesday, June 8 at 3 p.m. at St. Mary Catholic Church in Mayville with the Rev. Fr. Tom Biersack presiding. Visitation will be held on Tuesday, June 8 from 1-3 p.m. at the church in Mayville. Inurnment will follow at St. Mary Cemetery in Mayville with military honors conducted by the Mayville American Legion Post #69. A continued celebration of Ed’s life will be held following the cemetery at the Mayville American Legion Post #69 in Mayville.Memorials may be directed to St. Mary Catholic Church in Mayville or the Mayville American Legion Post #69.Special thanks to Agnesian Hospice for the care and support shown to Ed and his family.