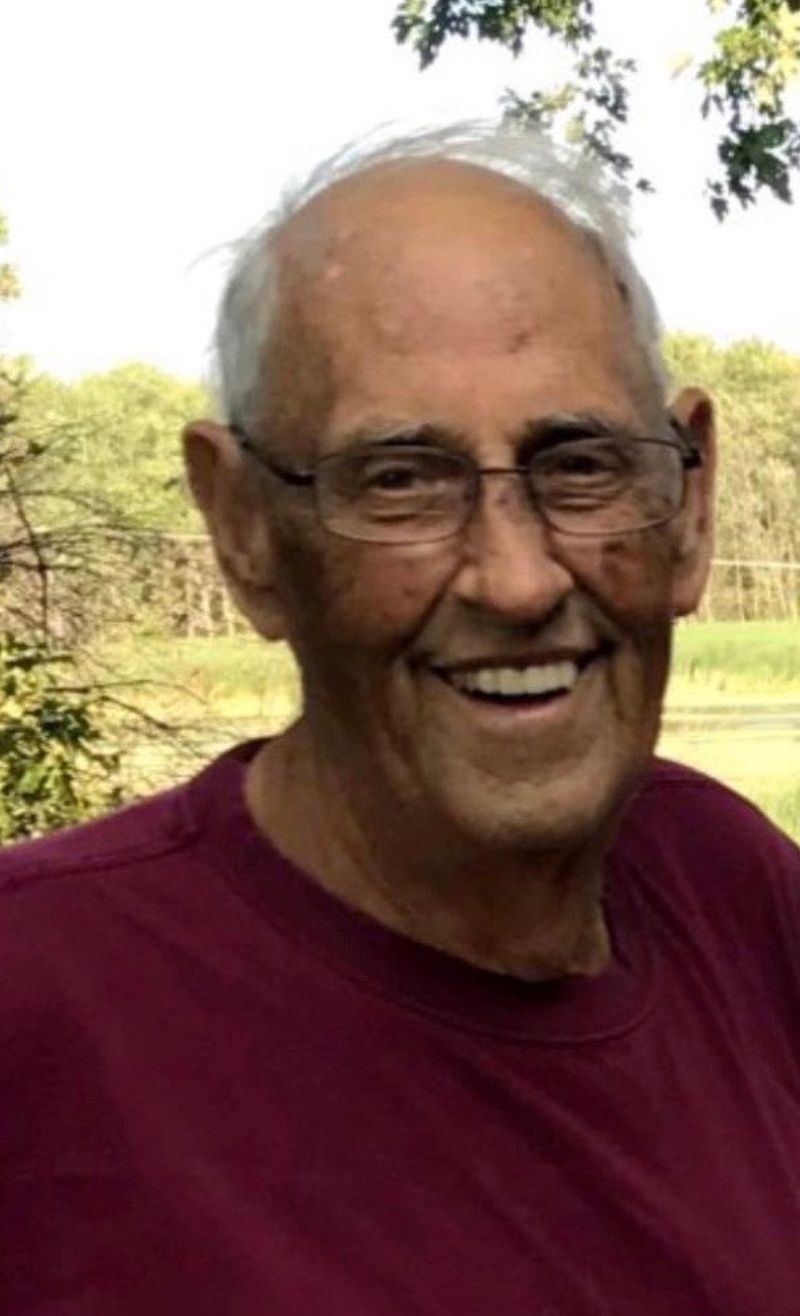 On April 25th, our Heavenly Father reached out and brought Edward R. Nelson to the room prepared for him in the Heavenly mansion. Ed was born on December 28, 1941, to Frank and Emma (Heyer) Nelson; the youngest of 14 children in Randolph, WI. He was baptized and confirmed at Friedens Lutheran Church in Randolph. He lost his mother at a young age and learned to work hard roofing with his father. Those events molded him and Ed was a true “jack of all trades”. Although school was not his favorite, he was a life-long learner, always curious about how things worked. He was a patient mentor, sharing his knowledge with his children and grandchildren. Ed excelled at sports in high school, lettering in football, basketball, and baseball. He graduated from Randolph High School in 1959, marrying his high school sweetheart, Carol Anton, on June 13, 1959. An ardent fan of Randolph sports, he was a charter member of the Randolph Booster Club. He played baseball in the Rock River League. Ed worked at local businesses until he began his career with Wisconsin Power & Light. This prompted a move to Portage in 1968 for 8 years and a return to Randolph in 1976. Ed retired from his Safety Supervisor (Line Crews) position with Wisconsin Power & Light/Alliant Energy in 1991 and Ed and Carol moved to Wild Rose. They returned to the Randolph area in 2002. Community service was a way of life for Ed. He participated in the Randolph Jaycees and was an EMT volunteer with the EMS there. He was a volunteer fireman and completed his fire service as the Randolph Fire Chief. Ed also served the Randolph community in a number of other ways – he sold Christmas trees in his front yard on High Street, was a referee/announcer for local football and basketball games, served as Village President, and finished his public servant role as a Dodge County Supervisor. While in Portage, he also cared for the Pacific Township cemetery. Ed loved to work with his hands and built three houses where his family would enjoy gathering together. No shortage of laughter was found in those gatherings. Ed could fix anything – from appliances to cars, skinned knees and broken hearts. He was known for sharing big pots of chili to warm up cold baseball teams in the early spring at Luther Prep and his family bullhead feeds were legendary. Ed’s love for Jesus and his family were his source of joy. He served on many boards in each of the churches he attended. He participated in Builders for Christ, serving/leading projects in Africa, Antigua, Hawaii, and many other states. He helped build or re-build churches and schools after natural disasters. He supported his family and all their activities – football, baseball, basketball, curling, music recitals, choir/band concerts, plays – he loved them all and made their activities a priority. Family trips fostered a love of travel, history, and adventure. He loved to hunt and fish and spent many hours preparing for the annual “deer camp”. He lost Carol in 2014 after nearly 55 years of marriage. In 2015, Ed married Donna (Russell) Westhuis and his family circle expanded to include 4 step-children and their families. In March, they celebrated their 5th anniversary. They enjoyed traveling together and eating out. The years were few, but they were precious. Ed is remembered by his devoted wife Donna, his cherished children and spouses; Laurie(Marcus) Paul, Lisa(Daryl) Tessmann, and Paul Nelson; beloved grandchildren; Christopher(Elise Soehnlein) Tessmann, Allyson Tessmann, Nathan(Briana) Paul, Ryan(Carissa Meyer) Paul, Stephanie Nelson, Kylee(Nathan) Polzin, Logan Nelson and their mother, Cherie Nelson; precious great-grandchildren, Jace, Miira, and Jonah Paul; brother, Gib Nelson, sisters; Jean McDonald and Merry Ann(Kenny) Schindel; sisters-in-law, Phyllis Leonard and Mary(Roger) Jauregui and Lois(Bill) Bradley; step-children, Carol Hughes, Jim(Sue) Murphy, Dan(Rachelle) Murphy, Melissa(Andrew) Glass and their families; and many nieces and nephews. He was preceded in death by his first wife, Carol, his parents, mother-and father-in-law; Gustave and Adeline Anton; brothers and sisters: Vernon, Vera Erdman, Howard, Viola Smith, Wilbert, Robert, Earl, Millie Schultz, Richard, and Jerry; sisters-in-law, Elaine and Margie. A private service was held for the family. Ed’s earthly remains will be laid to rest at a later date at Randolph Cemetery. A celebration of life will be held when family and friends can safely gather. In lieu of flowers, memorial donations may be made to the Neuendorf Scholarship Fund at St. Stephen’s Ev. Lutheran Church, 300 West Street in Beaver Dam and Hillside Hospice (Marshfield Medical Center), 707 S. University Ave in Beaver Dam. The family would like to thank the wonderful staff at Hillside Hospice and Dr. Catherine Nelson for their care, comfort, and support. A special thank you to Cherie, for guiding us through Dad’s final journey. We have been so blessed to call you “Dad” and while we miss you on this side of Heaven, we will try to live our lives as you did, with your eyes on our family Bible verse – Joshua 24: 15. “As for me and my house, we will serve the Lord.”