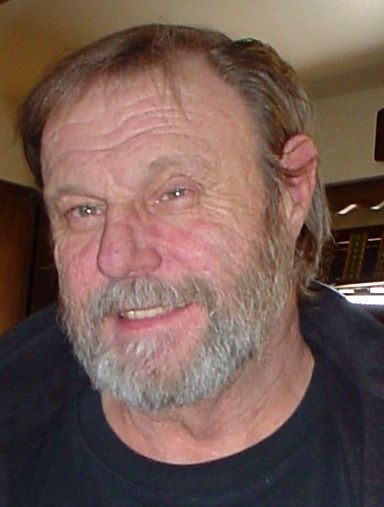 Edward W. Huck, 66 years old, of Montello, and formerly of Mayville, died on Monday, November 16, 2015 at Froedtert Memorial Lutheran Hospital in Milwaukee after complications from surgery. Edward was born to Chris and Louise (Schlaak) Huck on June 2, 1949, in Darlington, WI and moved to Waupun as an infant. In 1967, he was united in marriage to Ellen Boeck in Mayville.Edward was employed at Purity Cheese of Mayville, Tab Products of Mayville, and he retired from Paul J. Schmidt trucking of Sussex, WI. He was passionate about trucking and participated in the Waupun Truck Show. Ed loved his Harleys and showing his Corvette in car shows.After retirement, he moved to Marquette County. Nestled among tall trees, he enjoyed the flora and fauna as he spent time with his beloved woodworking. He was devoted to his two Bichons, BoBo and Bailey.Edward is survived by his special friend Kathleen Ludden, his son Michael (Kim Moede) Huck, his sister Marilyn Nygren, two grandsons, his niece, nephews, other relatives and friends.Edward is preceded in death by his parents, his son Chad Huck, his brother Roger Huck, and his brother-in-law David Nygren.A private family celebration of life service will be held at a later date.Memorials may be directed to Hospice Home of Hope of Fond du Lac.”Though nothing can bring back the hour of splendor in the grass, of glory in the flower; we will grieve not, rather find strength in what remains behind; in the primal sympathy which having been must ever be; in the soothing thoughts that spring out of human suffering; in the faith that looks through death, in years that bring the philosophic mind.” Intimations of Immortality, William Wordsworth.The Huck family would like to give a special thank you to the doctors and nurses at St. Agnes Hospital and Froedtert Lutheran Memorial Hospital.