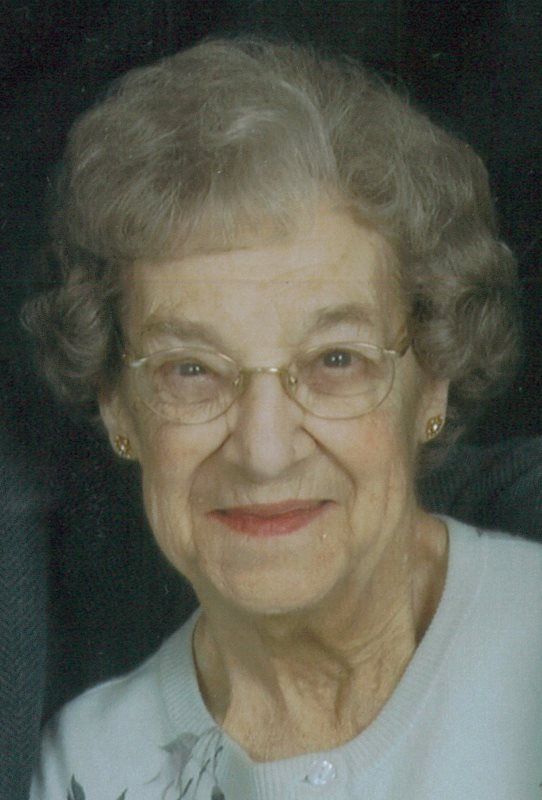 Funeral services will be held at 11:30 a.m. on Thursday, May 15, 2014 at Zion Lutheran Church in Horicon with the Rev. Mark Hasty officiating. A visitation will also be held on Thursday from 10 a.m. until 11:30 a.m. at the church. Interment will take place at Oakhill Cemetery in Horicon.

Eleanor Norma was born the daughter of Oscar and Elsie (Marks) Spittel on June 16, 1922 in Horicon, WI. She was a 1940 graduate of Horicon High School. Prior to marriage, Eleanor was employed at the Beaver Dam Hospital, Armstrong Restaurant in Horicon, Stokely Van Kamp and Curry’s Supermarket in Horicon. She was married to Roger R. Acker on September 20, 1947.

Eleanor was a member of Zion Lutheran Church in Horicon. She and Roger enjoyed dancing to big band music and for over 30 years they enjoyed attending the WIAA Boys Tournament. Her hobbies included word-find puzzles and collecting Beanie Babies. She enjoyed all Wisconsin sports including the Packers where she was able to attend the Ice Bowl in 1967, as well as watching the Brewers, Badgers and Bucks. Eleanor was a wonderful wife, loving mother and grandmother and a devoted homemaker.

Eleanor is survived by her daughter, Susan Acker of Beaver Dam; her son, Jan (Sara) Acker of Scottsdale, AZ; her grandchildren: Sara Jane of Madison, J.R. and Allison both of Scottsdale, AZ; her brothers: Lynn (Queenie) Spittel of Horicon and Clyde (Bonnie) Spittel of Franklin; her sister, Joyce (Gordon) Heuer of Horicon and further survived by nieces, nephews, other relatives and friends.

She was preceded in death by her parents, her husband, Roger in 2012, her brothers: Harvey, Gilbert, Roy, Leslie, Dale and Archie in infancy, and her sisters: Juliet and Eldoris.