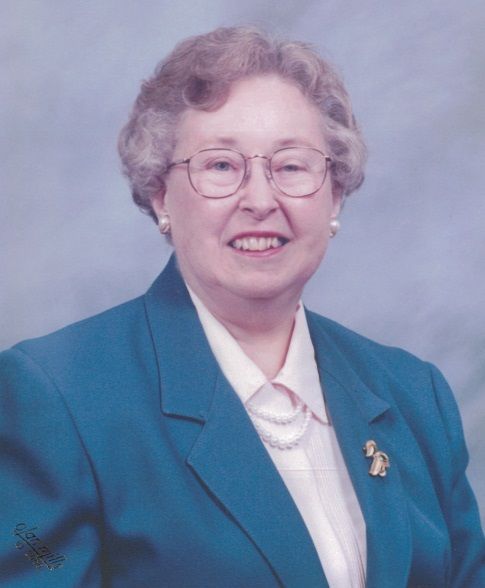 Elvira E. Benter, age 98, passed away on October 28, 2018 at Avalon Assisted Living Community in Madison. She was born in the Town of Theresa, WI on October 24, 1920, the youngest of eight children born to Charles and Louise (Burow) Benter. All of them have preceded her in death. She is survived by sixteen nieces and nephews and many great nieces and nephews and friends.She was a single career woman who made her own way in a time when that was not the norm. She graduated from Mayville High School and Fond du Lac Commercial College. She then worked as a secretary and bookkeeper for the Production Credit Association in Fond du Lac and Juneau. In 1967, she moved to Madison. She was employed briefly by Baker Manufacturing Company and then moved to her “best job” as a secretary in the University of Wisconsin, School of Education and the Center for Educational Research. She also typed many PhD dissertations. She worked there for over twenty years and enjoyed the people and job so much that after her retirement in 1985 she came back and worked part time for several more years. She loved music and in her younger years played both piano and organ and continued to enjoy going to concerts. She was a world traveler, often with friends, and visited almost every U.S. State as well as parts of Canada, Europe, Australia and New Zealand. She was an active member of Bethel Lutheran Church in Madison. After retirement she was part of a monthly women’s circle and made close friendships there. A visitation will be held on Monday, November 5, 2018 at the Koepsell Funeral Home, 301 N. Walnut St., Mayville, WI from 10 am until the time of her funeral at 11 a.m. at the funeral home. Pastor John Swanson from Bethel will preside. Burial near her parents will follow at Immanuel Lutheran Church (the River Church) in rural Mayville where many of her siblings and their families were members. In lieu of flowers, memorials may be given to Bethel Lutheran Church in Madison or the Madison Symphony Orchestra.