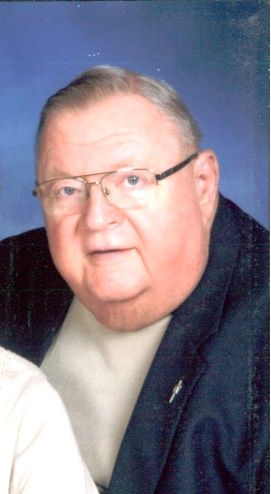 Eugene “Gene” W. Miller, 85, of the town of Westford passed away peacefully at his home surrounded by his loving family. Private family services will be held with the Rev. Mark Reichert officiating. Interment will be at Oakwood Cemetery in Beaver Dam. A public memorial service at Good Shepherd Lutheran Church is being planned and will take place this summer. Eugene was born on March 21, 1935 the son of Corliss and Leona (Buss) Miller in Lowell, Wisconsin. Gene was baptized into the family of Christ at Salem Lutheran Church, Lowell, and confirmed in that same family at St. Stephen’s, Beaver Dam, Wisconsin. On October 31, 1953, he was united in marriage to Marianne Norenberg of Beaver Dam. He proudly served his country in the Army National Guard in the 32rd Infantry Division. He was employed at the Weyenberg Shoe Factory-Lakeside plant for many years. Later, he was employed as an assembler for John Deere Horicon Works for 31 years. Gene was an active and faithful member of Good Shepherd Lutheran Church in Beaver Dam. He had served on many boards including Church Council, Board of Elders and the Board of Education. He is survived by his wife of 66 years Marianne; his children Paul Miller of Lodi, Bruce (Jeanne) Miller of Randolph, Mary Jean (Mark) Bobholz of Beaver Dam and Patrick “Snap” (Anna) Miller of Johnson Creek; nine grandchildren; six great grandchildren; special cousin Roger Miller of Beaver Dam; other relatives and friends. He was preceded in death by his parents, Leona and Corliss Miller; his mother and father-in-law Bernice and Merlin Norenberg Sr, and his granddaughter Jessica Dowdell-Miller. Memorial donations in Gene’s name may be directed to Good Shepherd Lutheran Church, 1310 N. Center Street, Beaver Dam, WI. Expressions of sympathy may be sent to the family by mail to Marianne Miller, W10678 Hickory Point Rd, Beaver Dam, WI 53916. The Koepsell-Murray Funeral Home in Beaver Dam is serving the family. Online condolences may be made at www.koepsellfh.com.