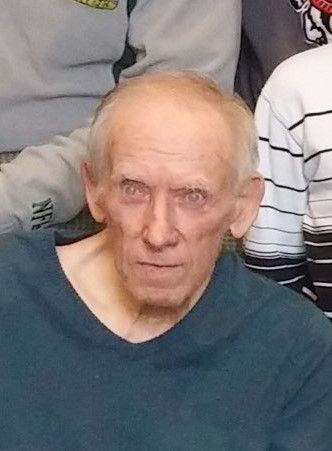 Frank J. Preskar, age 88, of Horicon passed away on Monday, June 11, 2018 at Matthews of Horicon surrounded by his loving family.A celebration of Frank’s life will take place on Saturday, June 23 at 5 p.m. at the Juneau Rod and Gun Club, N4444 Primrose Ln. Juneau, WI 53039 with the Rev. Charles Isles officiating with a meal to follow. A visitation will take place on Saturday, June 23 from 4 p.m. until the time of the service at 5 p.m. Military honors to be conducted by the Juneau American Legion Post #15.Frank was born the son of Joseph and Ursula (Rozam) Preskar on August 16, 1929 in Chicago. He was drafted in the US Army and served in Germany from 1951-1953. He was united in marriage to Dolly Masshardt on November 14, 1970 in Milwaukee. They then moved to Oak Grove in 1972 and together owned and operated Frank & Dolly’s Pit Stop. They then moved to Big Flats where they resided from 2000-2014. Frank enjoyed deer hunting and also enjoyed over 40 consecutive years fishing in Canada. He was a lifetime member of the Juneau Rod and Gun Club.Frank is survived by his children- Cathy (Scott) Ulvestad of Watertown, Colleen Krause of Juneau, and Ron (Michelle) Preskar of Juneau. His 7 grandchildren- Carrie (Frank) Homme’ of Chapmansboro, TN., Deanna (Nick) Zubke of Watertown, Andrea (significant other Ryan Greenwald) Stone of Minnesota Junction, Brooke Krause of Milwaukee, Ryan Preskar of Juneau, Breanna Preskar of Juneau, and Logan Preskar of Juneau. His 7 great grandchildren- Kaylee, Jada, Brayden, Alexis, Callie, Samantha, and Callista. He is further survived by other relatives & many friends.He was preceded in death by his parents his wife Dolly, and siblings Olga and William. In lieu of flowers, memorials to the family in memory of Frank would be appreciated.Special thanks to the staff of Matthews Assisted Living of Horicon and the Cedar Community Hospice Team in West Bend for all of their care, especially Shelly, Sara, Casey, Robin, Becky, Carolyn, Shelby, Debbie, and Bev. Also thanks to everyone for their love and support shown to Frank and his family.