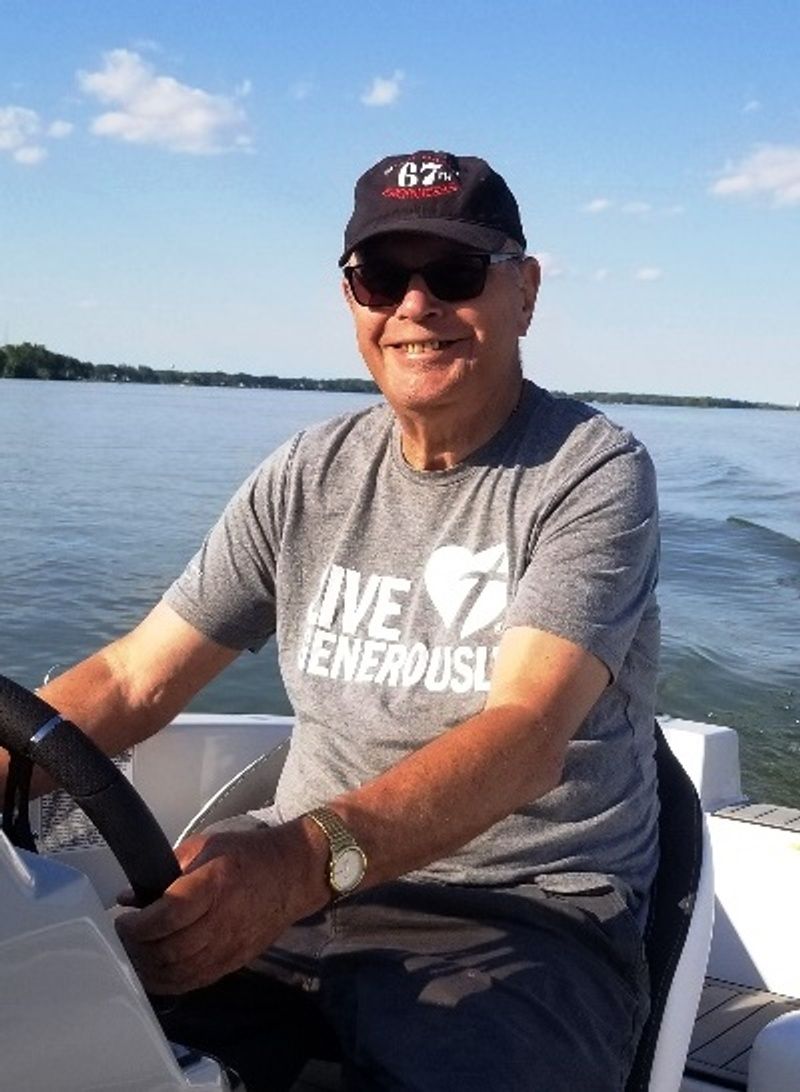 Garfield “Gary” H. Benson, 77, of Beaver Dam passed away on Sunday, October 31, 2021 at his home. A Celebration of Life for Gary will be held at a later date. Garfield was born in June of 1944 the son of Howard and Sally (Stone) Benson in Chicago, Illinois. On May 3, 1980, he was united in marriage to Jill Hembel in Montego Bay, Jamaica. Gary grew up in Sister Bay, WI and graduated from Gilbraltar High School in Fish Creek, WI Class of 62. He was a 1966 graduate of Carroll College in Waukesha. He later completed his Masters in English Education at UW Milwaukee. He served his country in the United States Army from 1968 – 1970 with duty in the 67th Engineering Company in Vung Tau, Vietnam. Gary was an English and History teacher with the Grafton School District for 10 years. He later became a Field Service Engineer for Allis Chalmers in West Allis which became AC Equipment Services and then Siemens, where he managed many different departments and retired as a Director. Gary was affectionately known as “Uncle Benny” to his beloved nephews and niece. Gary loved life. He was a gear head, lawn guy and enjoyed “Lake Life” at the family cottages in Fox Lake, where he made great friends. He was a wonderful mentor to so many young people, sometimes not even realizing it. He loved reading, particularly about World War II and Door County and had a few special European fiction series authors that he always recommended. Gary will be deeply missed by his wife of 42 years Jill; his brother Jeffrey (Debra) Benson of New Berlin; nephews: Adam (Megan) Helms and their sons Elliott and Finley, Matthew (Becky) Helms and their son who is on the way, niece Amber (Mike) Bell and their son Henry; and a very special mother-in-law: Elizabeth Hembel of Cedarburg; sisters and brothers-in-law: Amy (David) Cook of West Bend and Hope (Donald) Wendtland of Grafton. He is further survived by many Grafton High School teaching colleagues, great friends and wonderful neighbors at Fox Lake, Shady Oaks subdivision and Door County. He was preceded in death by his parents, and his father-in-law Jerome Hembel. Memorials in Gary’s honor appreciated to: Carroll University Scholarship Fund (In Memory of Gary), Carroll University, 100 N. East Ave., Waukesha, WI 53186 or to Living Hope Food Pantry, P. O. Box # 519, Fox Lake, WI 53933. The Koepsell-Murray Funeral Home in Beaver Dam is serving the family. Online condolences may be made at www.koepsellfh.com.