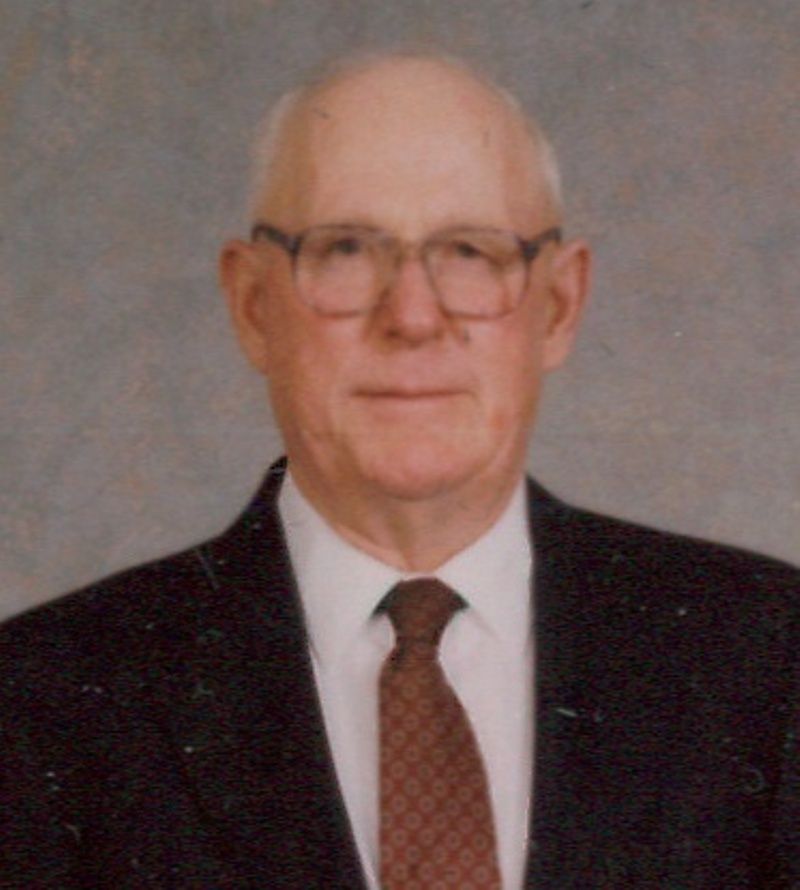 George R. Andler, 98, of Columbus passed away peacefully with his family by his side on Saturday, April 27, 2019 at Dycora Transitional Living in Beaver Dam.George was born the son of Rudolph and Alma (Franz) Andler on January 20, 1921 in Columbus. He was married to Marilla Sanderson on April 24, 1954 at Zion Ev. Lutheran Church in Columbus. George was a lifelong farmer as well as a truck driver with Andler Trucking and the Columbus-Fall River Co-op. George was a member of Zion Ev. Lutheran Church in Columbus. He loved being outdoors whether it was splitting wood or being on his land with his faithful dog Maggie. George enjoyed following his grandchildren’s sporting events and activities. George will be remembered for his quick wit and wonderful sense of humor. He will be sadly missed by his family. George is survived by his children: Judy (Tom) Fischer and George R. (Michelle) Andler both of Columbus; his brother, Robert (Charlene) Andler of Rio; four grandchildren: Abram (Ashley) Fischer, Kyle (Alyssa) Fischer, Max (Jacqueline) Andler and Molly (special friend, John Gerhardt) Andler; two great-grandchildren: Everly and Maren; as well as nieces, nephews, other relatives and friends. He was preceded in death by his parents; his wife, Marilla in 2000; two brothers: Otto and Russell; and four sisters: Lucille Westphal, Evelyn Seckel, Phyllis Allsage and Marjorie Selje.A visitation will be held at the Koepsell-Zeidler Funeral Home in Columbus on Thursday, May 2, 2019 from 4 p.m. until 7 p.m., and also at Zion Ev. Lutheran Church in Columbus on Friday, May 3 from 10 a.m. until the time of the funeral service at 11 a.m. Rev. Tim Schwartz will officiate. Interment will take place at Hillside Cemetery in Columbus. Memorials may be directed to Zion Ev. Lutheran Church in Columbus or to the Dementia Concerns Coalition of Dodge County. The Andler family would like to thank Dr. Sam Poser, Hillside Hospice, and Dycora Transitional Living in Beaver Dam for all their care and support.