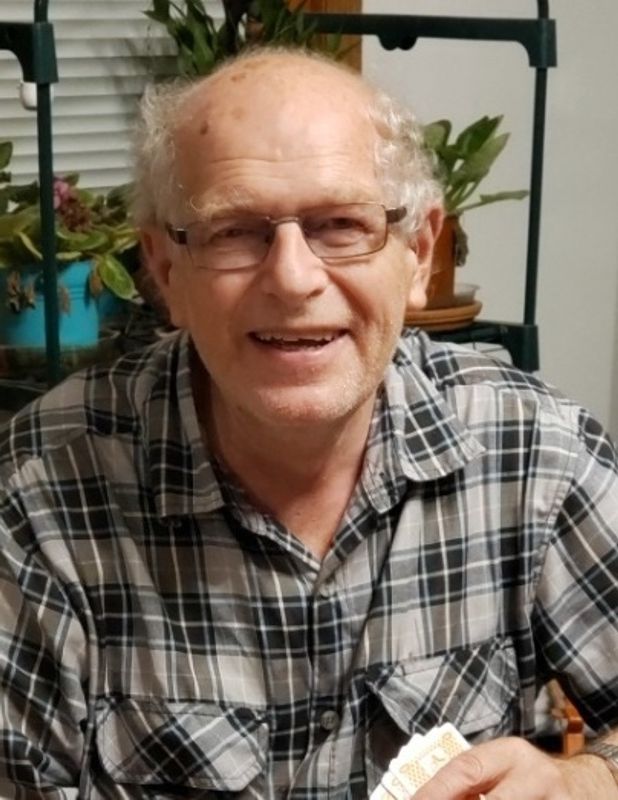 On January 25, 2021, Gerald Edgar Wondra left this world to begin a new journey in the great unknown. He didn’t want to go, but a whisper in his ear said, “Come with me.”Jerry was born August 22,1954 to Edgar and Janice (Gremminger) Wondra in Beaver Dam, Wisconsin. He graduated from Mayville High School in 1974. He continued his learning in the School of Life. He worked at Mayville Engineering Company for 40 years. He retired December 31, 2014. He was a machinist there.Jerry lived life to the fullest. He was a big sportsman; he loved to hunt, fish, camping, and boating. Jerry always owned his own boat since high school. It wasn’t uncommon to get off work at take his boat and a couple of buddies and go fishing after work.Jerry was also a big Mopar guy. His vehicles were always Dodge, Jeep, or Ram. His 1st car was a 1968 Dodge Charger SE. He used it to pull his boat on his fishing excursions. Later, he would graduate to pickups and SUVs.Jerry was also a passionate Green Bay Packers fan. Jerry always watched or listened to the game on the radio. He would yell at the television or radio when there was a bad call or mistake on the Packers’ part. It never matter if they were having a bad season or great season. One of the highlights of his life was when he got to go to a game. He won tickets at work and took his son Jonathan. Sarah went all out for Christmas present for her dad and bought him the Ultimate Packer package. He also went with a cousin to a preseason game.Jerry loved his family passionately. He went in search of a mermaid to share his journey. He placed an ad in Sheela Wood’s Have a Friend Column in the back of one of the supermarket tabloids. In October 1980, Lisa Rose Hill answered his ad. They began a whirlwind correspondence. This led to them meeting for the 1st time on December 31, 1980. He flew to San Francisco, California. When they laid eyes on each other, they knew this was it. He proposed on January 11,1981. He flew back to San Francisco in April 1981 to go to Barry Manilow concert at Cesar Tahoe at Stateline, Nevada on April 11, 1981. After the concert, Jerry asked Lisa if she would like to and get married. They went to Carson City, Nevada to get their license. At 10 minutes to 5 in the morning on April 12, 1981, in a little chapel with just one witness and a preacher, Jerry and Lisa pledged their eternal love to one another and the two became one.Together, they would have and raise five children. He loved his wife and children deeply. He loved to travel with his family. He took them fishing, hunting, camping and boating. He shared the knowledge he acquired going to the School of Life freely with his beloved family. He always would help anyone who asked whether his dad needed something, help Lisa rebuild a shelf she bought at a garage sale, Patrick remodel his house, or instruct Andy in how do wiring. His whole world was his family and he loved them all passionately and unconditionally.To celebrate his life and forever remember him, he leave his beloved soulmate of 39 years, Lisa Rose (Hill) Wondra; 5 wonderful children: Andy of Mayville, Patrick of Mayville, Jonathan of Green Bay, Sarah (Josiah Brooks) Aull of Camp Pendleton, California and Ruth Ann Wondra of Mayville. He also had 9 grandchildren: Emily, Matthew, Kaleb, Zachary, Zander, Josiah, James, Rylie, and Olivia. He is also remember by his beloved mother, Janice Wondra of Mayville, his brothers Donald (Christine) of Mayville, Ralph (Karin) of Mayville, Karen (John) Hill of Big Springs, Nebraska, his brothers-in-law, Jim (Sarah)Hill of Atlanta, Georgia, Dan Hill of Placerville, California, sisters-in-law Theresa (Douglas) Fowler of Canyon Lake, Texas, and Kathy (Jim) Lovik of Juneau, Wisconsin. He is further remembered by many cousins, aunts, nieces, nephews, and friends.Greeting Jerry in heaven will be his father, Edgar Wondra, his grandparents Joseph and Cecilia Wondra and Roderick and Mattie Gremminger, Lisa’s parents, Don and Patricia Hill along with many aunts and uncles and cousins who went before him.A visitation will be held at St. Mary’s Catholic Church in Mayville on Tuesday, February 2, 2021 from 9:30 a.m. until 11 a.m. A Mass of Christian Burial will follow with Rev. Fr. Tom Biersack presiding. Entombment will follow at Shrine of Rest Mausoleum, Fond du Lac, Wisconsin.Jerry,I loved you then,I love you still,I always have,I always will!Love, Lisa