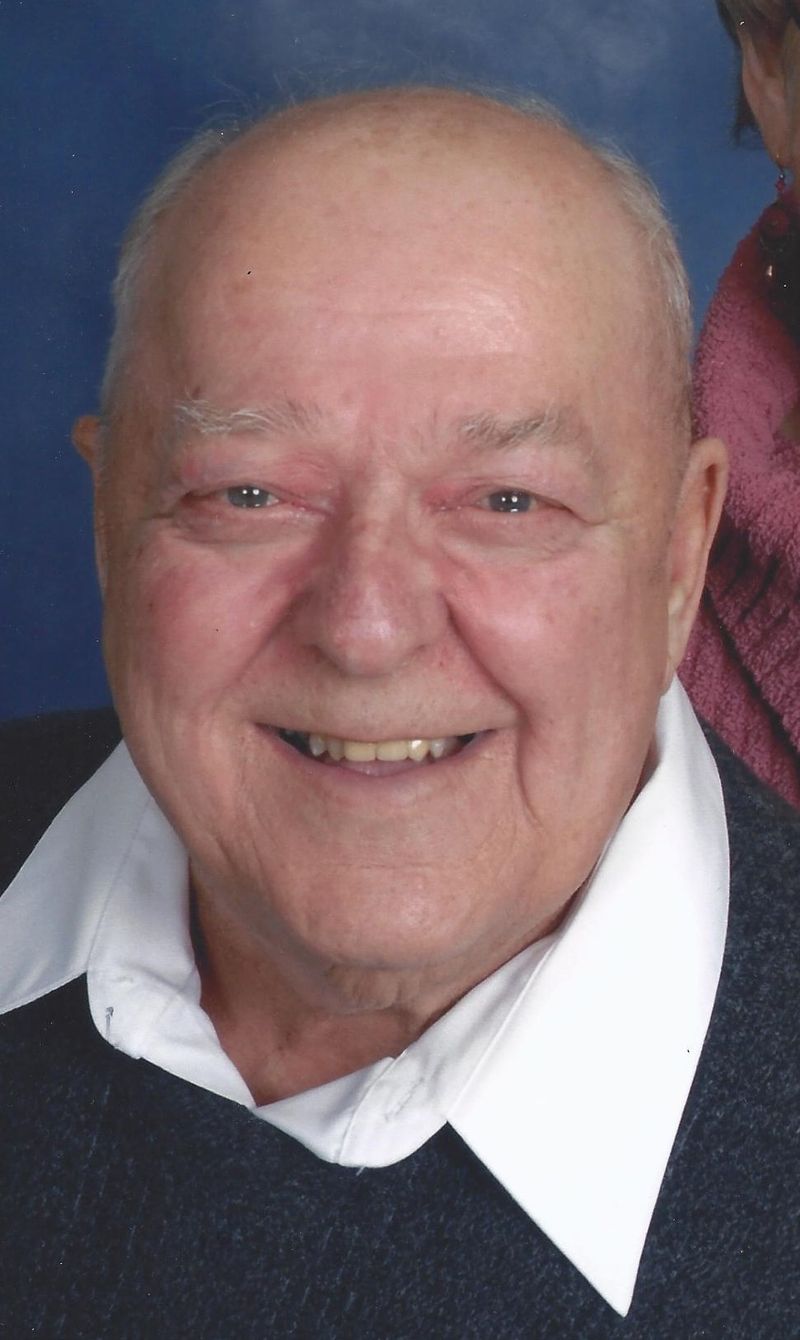 The Lord called Gilbert V. Jaeger (Gib) of Neshkoro home on November 4th, 2015 while at his home under the care of Agnesian Hospice Hope.Gib was born July 19th, 1936 at home at a weight of 1-1/2 lbs to Frederick and Ruth (Neitzel) Jaeger. There he was cared for by his Mother, Grandmother and Great Grandmother and at that time he was being fed with an eye dropper and kept in a shoe box by the wood burner. In those days it was a miracle that he survived but the Lord had plans for him. He was baptized at home shortly after birth and was confirmed at St. John’s Lutheran Church in Mayville on March 18th, 1951.Gib served three years in the National Guards, worked at Downing Box, General Motors, Mayville Metal, Michaels Pipeline, Town & Country Construction, and retired from John Deere. On August 3rd, 1968 he married Joyce (Engmann) at St. Peter’s Lutheran Church in Theresa. They lived in Mayville for several years, then in Horicon and after retirement they moved to Silver Springs Lake in Neshkoro, Wi. which was their love. There they joined St. Paul’s Lutheran Church in Fairburn (Berlin), where Gib was an active member holding office as Trustee for many years as well as keeping the lawn mowed and the trees trimmed. Sunday morning worship was never an option for him – it was a priority. He is survived by his wife of 47 years, Joyce; his son, Ricky & his wife, Paula, and two grandchildren Houghton & Hannah Jaeger of Osceola; his daughter Connie (Jaeger) Vandermolen and husband Jason along with 3 step-children Benjamin, Wyatt, and Kylie of Fond du Lac; his son, Michael and wife Mary of Milwaukee; his grandchild Cassy Behrent and husband, Gary of West Bend and great grandchild Emma; his sisters, Bevery Lockman, Sharon and husband Dick Steinberg of Horicon; Judy and husband Tom Koehnan of Mayville, Donna and husband Dave Breitkreutz of Adams-Friendship, his brother Tommy Jaeger of Mayville and his sister-in-law Bonnie Sherfy and Husband Bob of Plymouth. He is further survived by nieces, nephews, other relatives and friends. He was preceded in death by his parents and brother, Kenneth. Gib enjoyed snowmobiling on his Polaris Snowmobiles, watching and going to Nascar races, playing Sheepshead with his Mayville/Horicon friends, his Neshkoro Sheepshead Group, his Men’s Breakfast Group in Neshkoro, and visiting with friends and stirring up conversations with strangers. He loved taking people around the lake on his pontoon and entertaining his friends and relatives. He always enjoyed taking trips with their friends Wayne & Ruthie Margelofsky, Roy & Emily Rassmann, and Bob & Bonnie King. After retirement, he and Joyce did a lot of traveling by bus and made some really nice friends by doing so. His biggest enjoyment of all, though, was his grandchildren and great grand-daughter who he loved dearly. Visitation will be on Saturday, November 7th starting from 9:00 AM to 11:00 AM at Trinity Lutheran Church, 330 Foster Rd. Redgranite with the funeral service to follow at 11:00 AM with Pastor Gregg Sluke. Burial will be held later in the day at St Petri’s Cemetery located between Mayville and Theresa on highway AY. The Koepsell Funeral Home is assisting the family.Memorials can be made to St. Paul’s Lutheran Church or Agnesian Hospice.