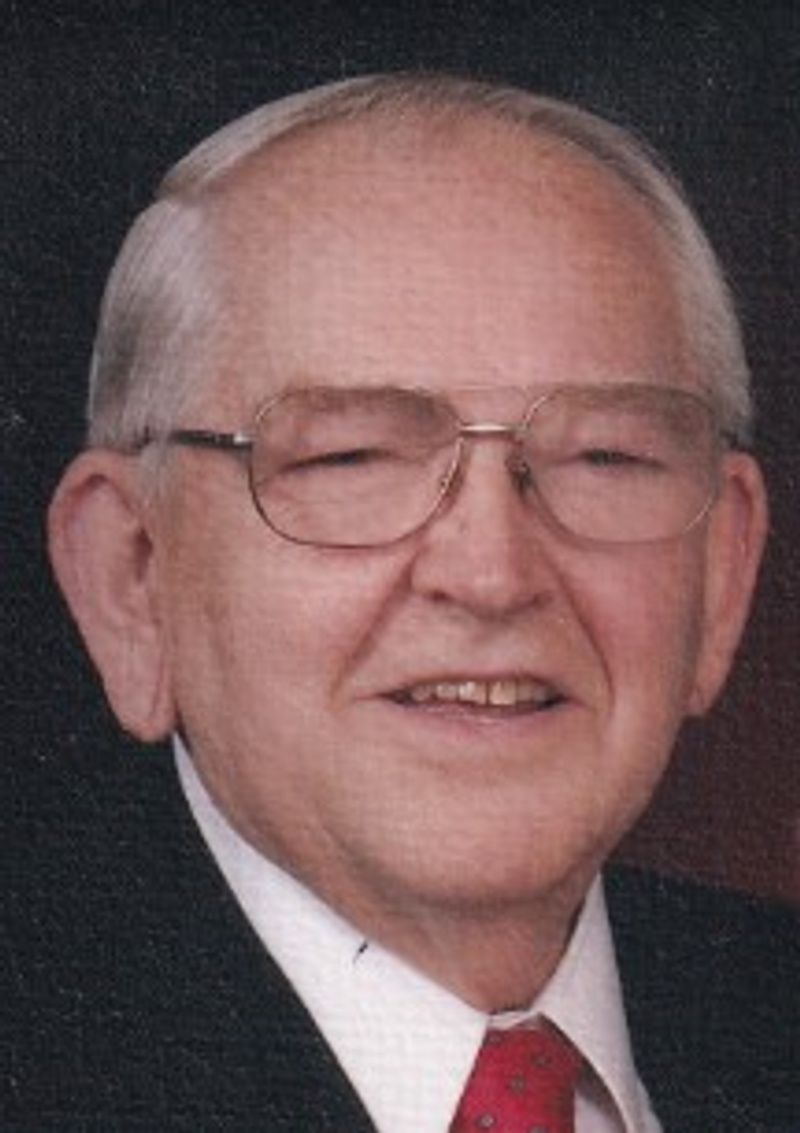 Gordon Mathew Loehrke died peacefully surrounded by family on June 17, 2021, at the age of 90.Gordon was born on Feb 3, 1931, in the Town of Theresa, WI to his parents, Mathew and Selma Wagner Loehrke. He was baptized at Hocheim Lutheran Church and confirmed at Immanuel Ev. Lutheran Church (River Church) in Town Theresa in 1944, and later graduated from Mayville High School in May of 1949. On November 10, 1951, Gordon married Delores Muche and raised five children. The couple spent most of their married life in Theresa where Gordon, with help from Delores, owned and operated Gordon’s Auto Repair. The business was a gathering place in Theresa where friends and customers would meet for “The Flip” to see who would buy the daily round of soft drinks. Gordon retired and sold the business in 1993. The building was eventually razed to make way for road improvements and a convenience mart. He later went to work part-time for Napa Auto Parts in Mayville where he delivered parts to area businesses and maintained contacts with the many friends he made while running his repair business in Theresa. Throughout his life he was a continual resource for all of his children and grandchildren whenever there was a question on car repairs or keeping them running. (Use WD-40!)The family regularly camped for their yearly vacations and enjoyed the National Forests and numerous sites in Wisconsin. Their love of travel continued into retirement when Gordon and Delores participated in many tours to various areas in the country including Branson, Nashville, Washington D.C., Alaska, the Western National Parks, and Canada. The trip that generated many stories was a weeklong trip by covered wagon on the Oregon Trail. Gordon cherished family events and the activities of his grandchildren and great-grandchildren. He loved to play and joke with the grandchildren was known to occasionally draw them into a Super Soaker battle. He regularly lost. He also loved to tinker in his garage, building birdhouses and restoring his Farmall A tractor.While raising his family, Gordon was very involved in church and community organizations. He and Delores were long-time members of the River Church where Gordon served as an Elder and on the School Board on multiple occasions. Additionally, he served on the Theresa Village Board, the Theresa Ambulance Committee, the Theresa Historical Society, the Theresa Snowmobile club, as well as volunteering at events for other local organizations.Gordon was preceded in death by Delores, his wife of 66 years. He is survived by five children: Ted (Peggy) Loehrke, Kristine (Mark) Groh, John (Marie) Loehrke, David (Barb) Loehrke, and Tim (Rose) Loehrke; grandchildren: Jason (Mel) Loehrke, Christopher (Diane) Butch, Nicholas (Michelle) Butch, Nathan (Cory Martin) Loehrke, Margaret Loehrke, Michael Loehrke, Ryan (Lisa) Loehrke, Amy (Jared) Muche, Casey Loehrke and Samuel Loehrke; great-grandchildren: Allison Muche; step-grandson Jason Fairweather, step great-grandchildren: Britany Nicolle Geise, Allie Jo Fairweather, Makinzi Lee Fairweather, Rilee Marie Fairweather; and a step great, great grand-daughter Layla Marie Wheaton; his brother Kenneth (Valerie) Loehrke, and sisters-in-law Carol (Larry) Zuberbier, Lucille Muche, and Jean Muche; as well as many nieces, nephews, and friends.He was preceded in death by Delores, his parents Mathew and Selma Loehrke and stepmother Doris (Fink) Loehrke, Delores’ parents Walter and Paula Muche; brother Maynard Loehrke, sister Ruth Zastrow and her husband Fritz Zastrow. Brother-in-law Edward Muche, brother-in-law and sister-in-law Walter and Donna Muche, brother-in-law Vernon Muche.The family extends its heart-felt gratitude to the staff at Clearview Nursing Home in Juneau for their care, friendship, and for making Gordon a part of their families.There will be a Christian Funeral Service for Gordon at St. John’s Lutheran Church on Friday, June 25th at 2:00 P.M. Visitation will be at St. John’s on Friday morning starting at 11:00 A.M. up to the time of the service. In lieu of flowers, memorials can be made to the St John’s Church, the Theresa Ambulance Fund, or the charity of your choice. Burial will take place at the River Church Cemetery after the service