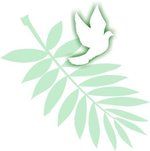 Graham Oakford, age 89, of Juneau died on Friday, June 9, 2006 at Clearview South in Juneau.
Visitation will be held at the Murray Funeral Home in Beaver Dam on Wednesday, June 14, 2006 from 10:30 AM until the time of the service. The funeral service will be held on Wednesday, June 14, 2006 at 11:30 AM at the Murray Funeral Home in Beaver Dam. Rev. Dr. Jack Harrison will officiate. Burial will be in Walnut, Illinois on Thursday, June 15, 2006 at 2:00 PM.
Mason Graham Oakford was born on July 1, 1916 in Walnut, IL, the son of Harold and Edna (Graham) Oakford. On June 23, 1973, he was united in marriage to Barbara Parker in Rockton, IL.
Graham worked for Commonwealth Edison in Rockford, IL, retiring after 37 years. He was involved in raising waterfowl all of his life. He was a lifetime member of the National Call Breeders of America and a member of the Beaver Dam Pigeon and Bantam Club. He was nationally acclaimed for his Call Duck breeding and developed the Snowy and Pastel Call duck breed. He was a master exhibitor winning numerous awards for his waterfowl over many years. In addition to raising waterfowl all of his life he was an accomplished artist specializing in waterfowl.
He is survived by his wife Barbara Oakford of Juneau; his daughter, Carroll DeGarmo of Pecatonica, IL; his step-daughter, Pat (Lance) Dunn of Danville, CA; his two grandchildren, Roxanne (Jerry) Horn of Winnebago, IL, and Rocky DeGarmo of Pecatonica, IL; his step-granddaughter, Torrey Dunn of Danville, CA; family friend, Kathi Conti of Juneau, nieces, nephews, other relatives and friends.
He was preceded in death by his parents and one brother, Billy Gene.
The Murray Funeral Home in Beaver Dam is serving the family.
www.MurrayFH.com