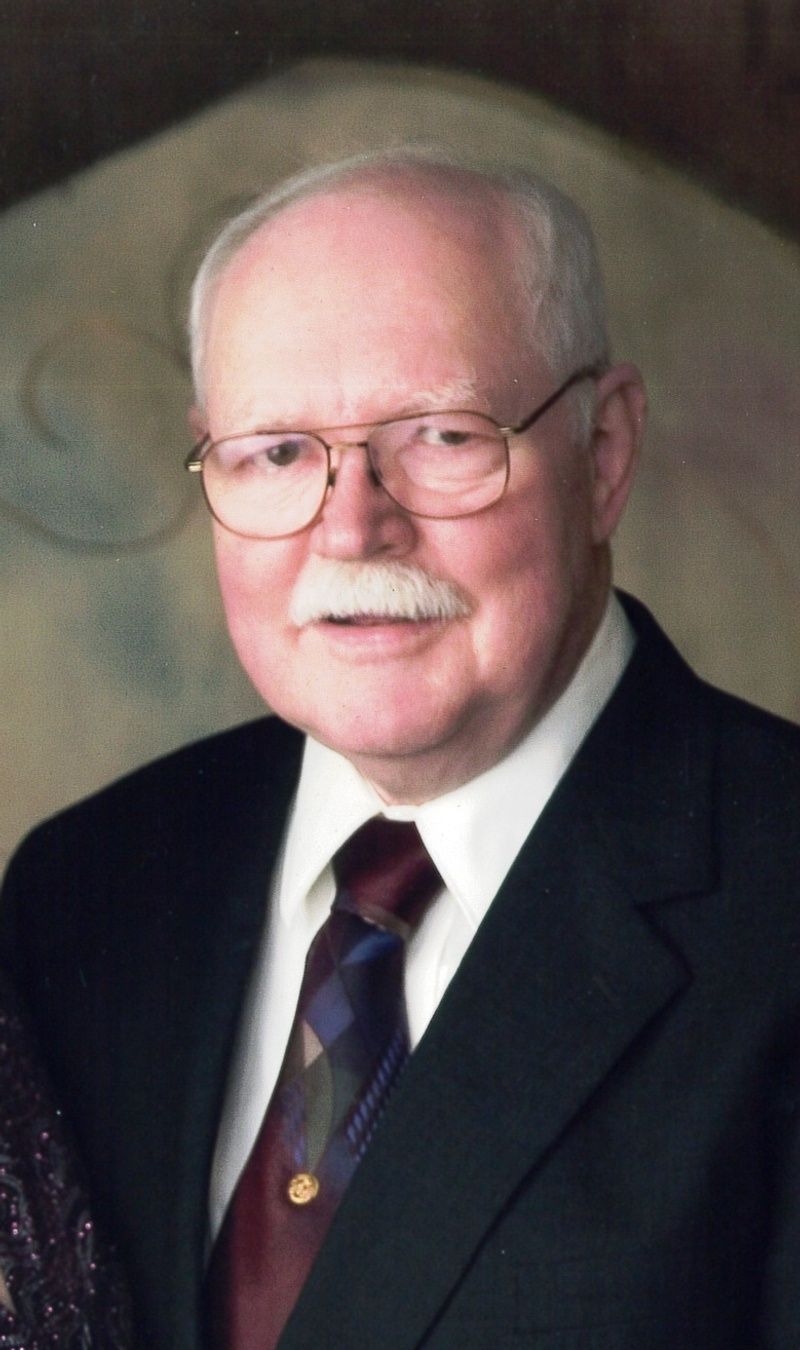 Harold J. Steinback, age 86, passed away peacefully on Monday, November 15th, 2021, at Randolph Health Services Assisted Living and surrounded by family. Harold was born April 18th, 1935, to John W Steinback and Mildred Steinback (Benz) near Brookings, South Dakota. Growing up on the family farm, he attended schools in and around the Brookings area. He graduated from South Dakota State College with a degree in Education and a commission from ROTC as a 2nd lieutenant in the Army in 1957. Two days after graduation he married his college sweetheart, Nancy Berry. He moved to Madison SD and taught Agriculture for one year before serving time at Fort Benning, GA and Fort Riley, KS in the Army and Army Reserves and was honorably discharged as a Captain in 1963. Harold returned to teaching in Yankton, SD, eventually moving to Sloan, IA as an Agriculture teacher. In 1968 he moved to Warren, MN where he took a management training position with Midland Co-op. After completion, he moved to Le Sueur, MN and became manager of a local store there, later being transferred to Poynette, WI again as a manager. Harold became very active in the Poynette community. He was active in the church, Church choir, Poynette Volunteer Fire Dept and part-time deputy on the Poynette Police Dept. Later he left the Co-op to take a position with the Oconomowoc Canning Company in Poynette, eventually transferring to Waunakee and Sun Prairie facilities serving in several leadership positions in plant reconstruction and modernization. In 1976 Harold took a position as a salesman for Food Processors Supply in Beaver Dam, WI, eventually becoming owner of the business. He retired and sold the business in August 1998. Over the years he served as a deacon in several churches and sang in the church choir. He served on the board of Directors for the Wisconsin Canners Association, was a Lion’s Club member in Le Sueur, MN and was very active in the Beaver Dam AM Kiwanis Club. He was an avid bird watcher and spent many years volunteering for the Friends of Horicon Marsh. Harold enjoyed camping on shores of lake Michigan and the Mississippi. His love of travel took him across the country and abroad, visiting places like Switzerland, Tahiti, and Mexico. When home he enjoyed his hobbies of woodworking, metalworking, and gardening. He is survived by his wife Nancy Steinback, Son John Steinback, Daughter Sue Steinback, Granddaughter Kayleigh Steinback (Josh Glascock), Brother Marvin Steinback, Sister Rosie Cape, and many nieces and nephews. He has been preceded in death by mother and father and 2 sisters. A celebration of life for Harold will be held at a later date. In lieu of flowers, donations can be made to the Beaver Dam AM Kiwanis Club and Friends of Horicon Marsh. The Koepsell-Murray Funeral Home in Beaver Dam is serving the family. Online condolences may be made at www.koepsellfh.com.

Plant a Tree
Events
There are no events scheduled. To plant a tree in memory of Harold J. Steinback, visit the Tribute Store
×
×
Donations
[donation_list][/donation_list]