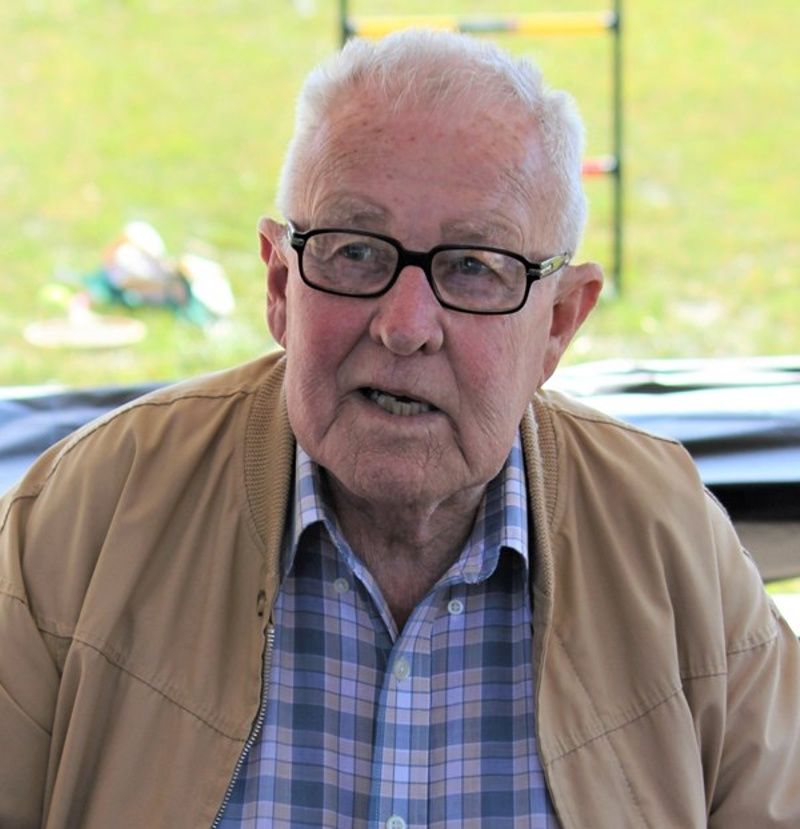 Harold Lester Schaefer, 87, of Columbus, peacefully went to his heavenly home on Tuesday, June 23rd, 2020. He was born on September 30, 1932 in Columbus, the son of Carl and Martha (Wohlfeil) Schaefer. Harold attended Zion Lutheran School and graduated from Columbus High School in 1951. He served his country in the U.S. Army during the Korean campaign. His career began as a radio and T.V. technician at Anderson Electric Co. He then became a legend in town working for the postal service where he faithfully delivered mail for 42 years, usually with a smile and a joke or two.He was united in marriage to his wife Delphine on July 26, 1977.Harold was an active member of Zion Ev. Lutheran Church in Columbus where he was an usher and sang in the choir for many years. He enjoyed planning high school reunions (nearly making it to his 70th). He could often be found in the driveway in a lawn chair tapping his foot to country music, having a coffee with his buddies at Burger King, or telling a long story to any interested party. His big guffaw laugh was infectious.Harold was preceded in death by his first wife (Verna) and is survived by their three loving daughters: Joan (Jeff) Coughlin and their daughters Hana and Ireland; Shari (Jon) Good; Lyne (Serge) Schaefer-Alfonse and their daughter Camille.He is also survived by his wife Delphine and a step-daughter, Pamela Sanderson and her children Erich, Evan, Kathryn, and Madelyn and a step-son, Mark (Carrie) Lindell and their children Remington and Chelsie. He also has four great grandchildren: Rhiannon, Malory, Watson, and Levi.There will be a private funeral service at Zion Ev. Lutheran Church in Columbus. Burial will follow at Hillside Cemetery in Columbus with military honors.In lieu of flowers, memorial donations in Harold’s memory may be made to Zion Lutheran Church.