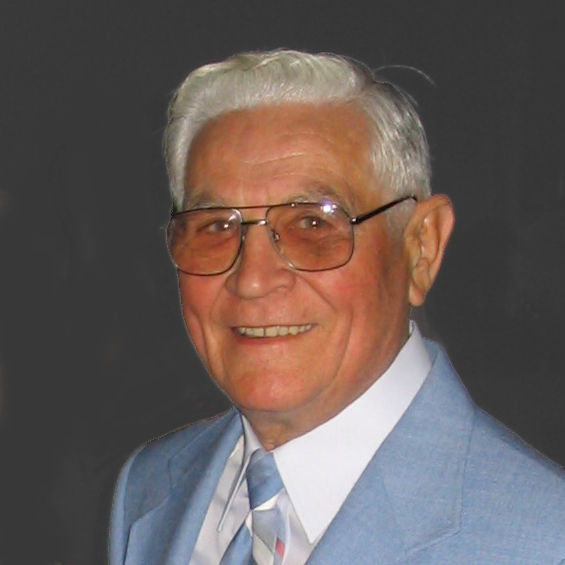 Harvey O. Puls, 91, of Mayville passed away peacefully on Saturday, October 10, 2015 at his home.Funeral services for Harvey will be held on Tuesday, October 13, 2015 at 3:00 p.m. at St. Paul Lutheran Church in Mayville with the Rev. Barry Hoerz officiating. A visitation will be held also on Tuesday from 1:30 p.m. until the time of service at 3:00 p.m. at the church. Interment will be at Graceland Cemetery in Mayville. Graveside military honors will be conducted by the Mayville American Legion Post #69.Harvey Oscar was born on June 20, 1924 the son of Oscar and Lucy (Schellpfeffer) Puls in the town of Hubbard, Dodge County. On June 26, 1943, he was married to Norma Walters at St. Paul Lutheran Church in Mayville.He served his country in the United States Navy during World War II. In May of 1953 he stared working for Beaver Ready Mix as a truck driver, then later a manager and finally as President of the company. Harvey retired in 1986 after being with the company for 33 years. He was an active member and spokesman of the A.B.C. and earned the Red Jacket. In 1973, he was Man of the Year of the Mayville Chamber of Commerce. He also received an award of appreciation by the Mayville Jaycees for outstanding and dedicated service. In 1982 he became President for the State Ready Mix Association and received an award for his leadership and guidance towards the growth and stability of the Wisconsin Ready Mix Concrete Association. He also served six years on the board of directors for the state Ready Mix Association. He was a member of St. Paul Lutheran Church in Mayville since 1942. He served for six years on the church council and ushered for many years. He was a member of the Mayville Senior Center and had served as director of the center.Harvey enjoyed fishing and hunting up North by the cottage on Wintergreen Lake and in Canada and Montana. He was a long time member of Theresa Gun and Rod Club. He liked camping and later went permanent at Buffalo Lake Campgrounds in Montello for 14 years. He loved gardening and doing yard work. He enjoyed playing cards with his many friends, relatives and his grandchildren.Harvey’s grandchildren were very important to him and he enjoyed spending time with them. He was a wonderful husband, father and grandfather who will be dearly missed.Harvey is survived by his wife of 72 years Norma; his daughter Donna Mae (David) Schrab of Mayville; his three grandsons: Jeffrey Schrab of Milwaukee, Robby (Kate Freund) Schrab of Los Angeles, CA, and Steven (Jammie) Schrab of Milwaukee; his brother Wilbert (Ardis) Puls of Mayville; his two sisters: Gladys (Warren) Mildbrandt of Beaver Dam and Janice Fischer of Mayville. He is further survived by nieces, nephews, other relatives and friends.He was preceded in death by his parents and his brother Kenneth Puls.Memorials may be directed to St. Paul Lutheran Church in Mayville.Koepsell Funeral and Cremation Services, Mayville is serving the family. Online condolences may be made at www.koepsellfh.com