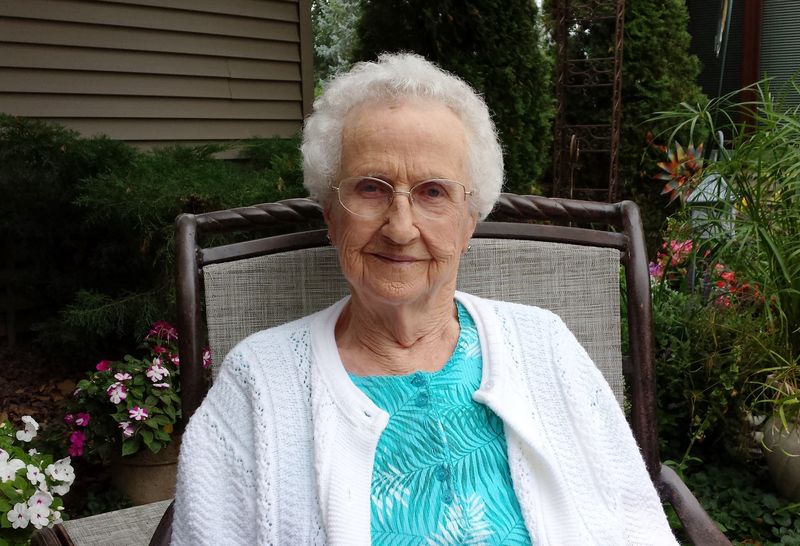 Hattie C. Schallert, 99, a lifelong resident of Columbus passed away peacefully on Friday, September 5, 2014 at the Columbus Community Hospital.Hattie Clara Emma was born on March 15, 1915 the daughter of Robert and Emelia (Lange) Wodill in Columbus. She was baptized and confirmed at Zion Ev. Lutheran Church in Columbus. On May 25, 1939, she was married to Harold Schallert.Hattie worked as a waitress at several restaurants and at the Stokley Canning Factory. She had also been employed for 23 years at McNulty’s Grocery Store. She had been a member of the Busy Lizzie Homemaker’s group in Columbus for 25 years. Hattie had a great faith and was a member of Zion Ev. Lutheran ChurchHattie touched many lives throughout her lifetime and will be greatly missed.Hattie is survived by her daughter Barbara Schade of Edgerton; three grandchildren: Rick (Ann) Schade of Sun Prairie and their children: Hewan and Berhan, Roxanne (Gregg) Andler of DeForest and their children Corey (Lisa) and Austin and Donald (Heidi) Schade Jr of Weyauwega and their children: Nicole and Donald III; her special friend Beverly Herold of Columbus. She is further survived by nieces, nephews, other relatives and friends.She was preceded in death by her parents, husband in 1990, son-in-law Donald Schade Sr. and nine brothers and sisters.A visitation for Hattie will be held on Wednesday, September 10th from 10:00 – 11:30 a.m. at the Koepsell-Zeidler Funeral Home in Columbus. A funeral service will follow at 11:30 a.m. at the funeral home with the Rev. Robert Wilke officiating. Interment will be at Hillside Cemetery in Columbus, Wisconsin.Koepsell-Zeidler Funeral and Cremation Services in Columbus is serving the family. Online condolences may be made at www.koepsellfh.com