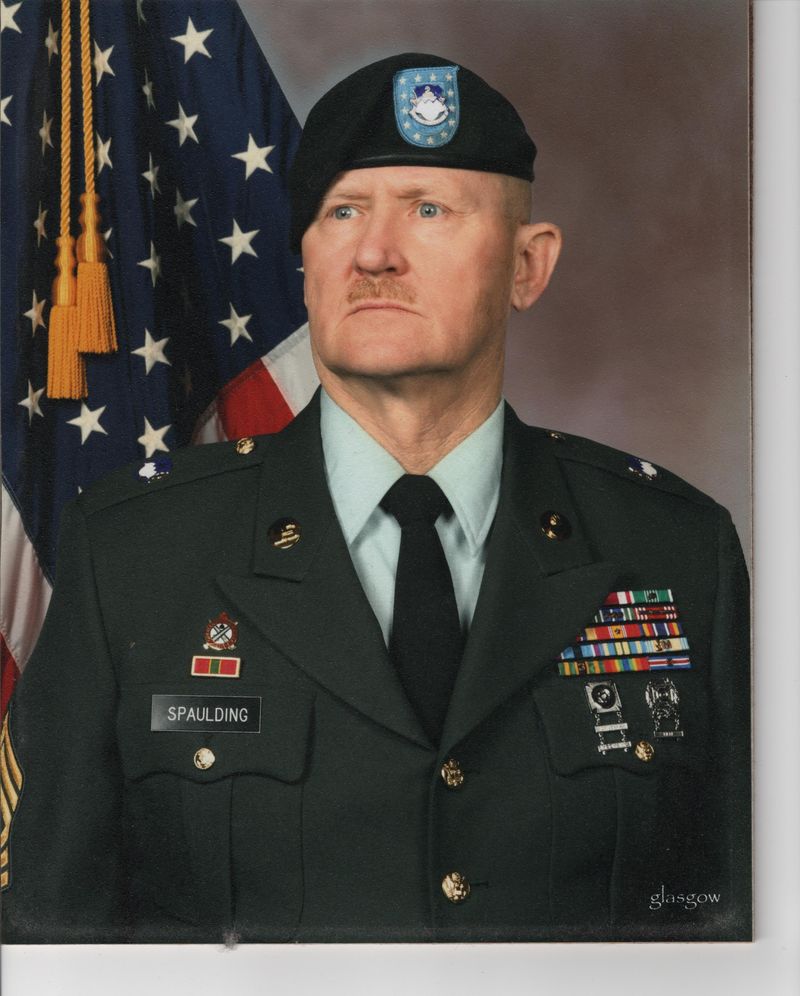 Howard F. Spaulding, 69, of the town of Columbus passed away on Saturday, August 29, 2020 at St. Mary’s Hospital.A visitation for Howard will be held on Friday, September 4, 2020 from 12-1:30 p.m. at the family farm, W11638 Drolshagen Road, Columbus, WI. A Celebration of Life will begin at 1:30 p.m. with Pastor Peter Ostrander officiating and will conclude with military honors. Interment will follow at Oakwood Cemetery in Beaver Dam. The family requests that all attending wear face coverings and practice social distancing for the health and wellbeing of all in attendance.Howard graduated from Eagle Bend High School. He attended vocational school and graduated in the auto mechanics and the small engine repair programs. He used those skills and technical knowledge to bless many throughout his life. Howard joined the United States Army Reserve and faithfully served his country for 36 years. He worked on Army equipment at the AMSA Center in Madison, WI. Howard attained the rank of Master Sergeant and was presented many awards during his years of service including the Meritorious Service Metal. When Howard was training for the Army he attended a “Weekend Away” program, where they fed the soldiers and had Bible lessons. Howard responded to the teaching and gave his life to the Lord and was baptized. Howard loved the Lord and faithfully served Him wherever he was needed; Boy’s Brigade leader, Sunday school teacher, trustee, project builder, usher, custodian, security and whatever else there was to do in the churches he attended. He was a member of Harmony Baptist Church in Beaver Dam. His Christian faith was very evident to people he met and worked with. He was a man of integrity in every aspect of his life. Howard’s hobbies included playing the harmonica for church and family. He recorded and made a CD which he gave to each of his children, grandchildren and friends. He loved keeping his yard looking great, gardening, and fixing everything that broke.Howie was a gifted woodworker and built many projects over the years. Most recently he designed and built lamps out of lilac branches and added intricate, designed features for each of his children.Howard loved Carla, “his pretty lady”, his children, their spouses and all 16 of his grandchildren. He was a “hands on” father and grandpa. He joked with them, brought them to church, and laughed and cried with them. He will be deeply missed by everyone who knew him.Howard is survived by his wife of 44 years, Carla and their sons: Jeremy (Cheri), Chad, and Justin (Katy) and their daughters: Hannah (Gean) and Jodie (Nick); grandchildren: Kaylie, Kendra, Jack, Ashley, Maddison, Samantha, Titus, Makayla, Dominick, Lucas, Giovanni, Laila, Savannah, Max, Mia and Evan; sisters: Pam McMartin and Paula (Dave) Klimek. He is further survived by nieces, nephews, and other relatives.He was preceded in death by his fathers: Howard F. Spaulding and Clifford Walberg and his mother Beulah Spaulding Walberg.In lieu of flowers, the family requests that any memorials be sent to: Access Women’s Center, 2701 E. Washington Avenue, Madison, WI 53704.The Koepsell-Zeidler Funeral Home in Columbus is serving the family. Online condolences may be made at www.koepsellfh.com.