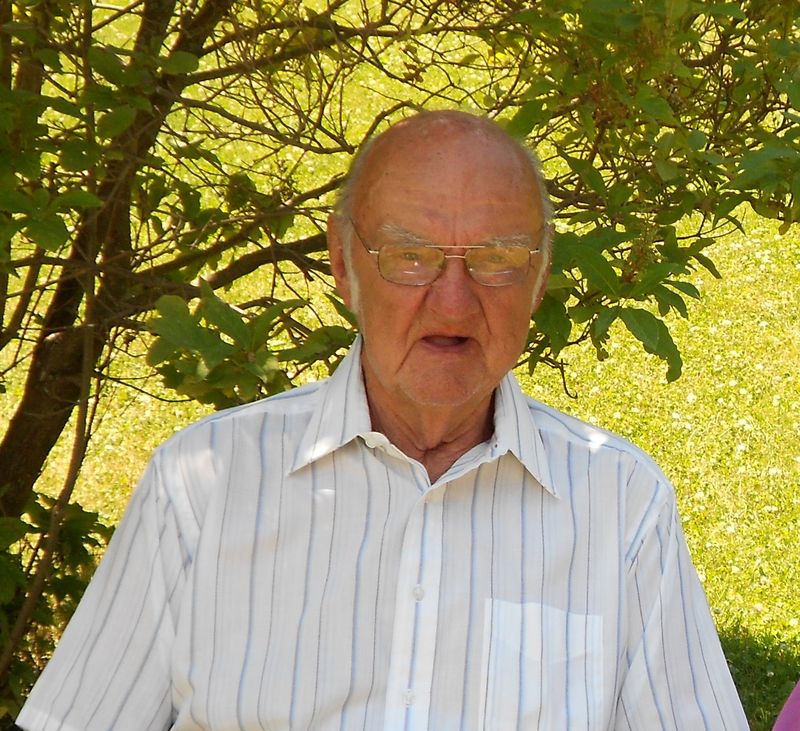 Irving (Bud) Bischoff, 92, of Horicon passed away peacefully on Saturday, November 9th, 2019, at the Hillside Manor Nursing Home in Beaver Dam.Bud was born on January 3rd, 1927, to Ervin and Isabella (Weidig) Bischoff. He was united in marriage to Elaine Spettel on June 14th, 1952.At the age of 18, Bud was called to serve his country in WWII. He was a member of the United States Army infantry, 32nd division, the “Red Arrow” division. He spent a year in the occupation of Japan upon its surrender. He was the company clerk for a time, but his main duty was working as a military policeman. He was very proud to have served his country.Upon his return to Horicon, he worked at John Deere in the foundry department for a couple of years. After his marriage to Elaine, they became the proprietors of the Rock River Tap for most of the 1950s. In 1962, he took the opportunity to become partners in what was to become Bud and Martin’s Bar in Mayville. After Martin’s retirement, he became the sole owner of Bud’s Bar in Mayville until his own retirement. As a young man, Bud enjoyed playing baseball for the Horicon Hurricanes. He played first base and also right field for the team. In addition, he played for the Horicon City Basketball team. Later, he played in the local fast pitch softball league as a third baseman. During his marriage to Elaine, the couple could often be found at several different “hot spots” on the Horicon Marsh or the Rock River fishing for northerns and bullheads. It was a fairly common sight to see Bud and Elaine driving down the road with their cane poles sticking out the passenger window of their car. Bud was also quite well known for his bullhead fish fries. Whether he was frying in his garage in Horicon or in the parking lot at Budahn’s Bar, a great time and a full belly was enjoyed by all.Bud is survived by his son, Brian (Lisa) Bischoff and his grandson, Aaron Bischoff, all of Horicon. He is further survived by nieces, nephews, and other relatives and friends. He was proceeded in death by his parents; his wife, Elaine; his brother, Donald; and sisters Violet (Leslie) Spittel, and Grace (Darrell) Gritzmacher.Visitation will take place on Saturday, November 16, from 10:00 a.m. until the time of the service at noon at the Koepsell Funeral Home in Horicon with the Rev. Sandra Schieble officiating. Burial will take place at Oak Hill Cemetery with military honors conducted by the Army Honor Guard and the Horicon American Legion Post #157.Special thanks to the staff at Hillside Manor in Beaver Dam for their care and kindness shown to Bud.