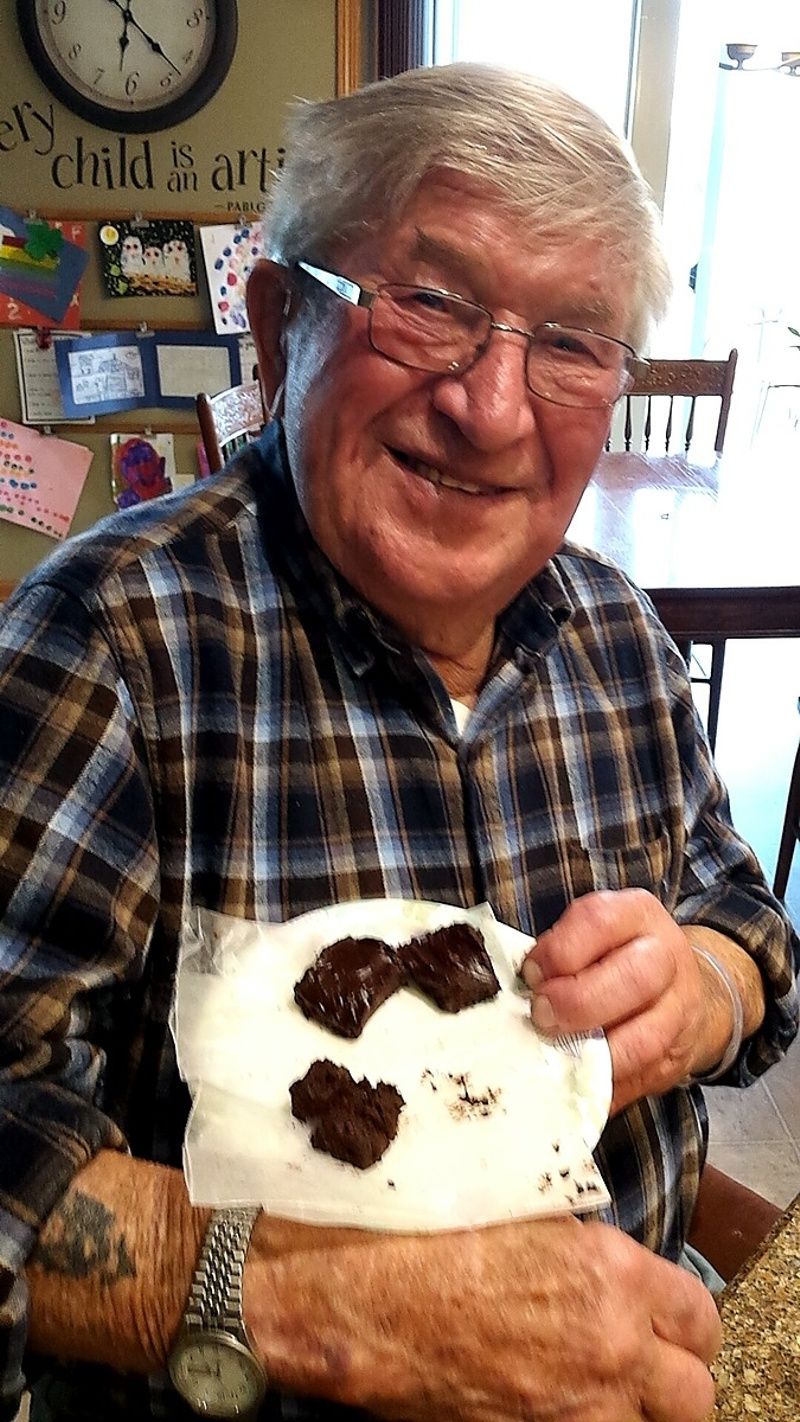 Jakob Mueller age 90, of Theresa, passed away on Thursday, November 12, 2020 at Froedert Hospital in West Bend when he went home to meet his Lord and Savior. He was born in September 22, 1930 in Nikinci Yugoslavia to Heinrich and Eva(Bittner) Mueller. Jakob and his family moved to America in 1952 and he became a proud citizen of America. Jakob served in the Army during the Korean War. In 1955 he married his sweetheart Kathy Russ in a double ring ceremony with his sister Rosi and Kathy’s brother Nick. Jakob farmed in the Mayville area for 30 years. After his retirement Jakob enjoyed vacationing in St Germain with his wife, sister in law Helen and brother in law Nick. He fished by day and had fun at night joking and laughing.Jakob was proud of his 3 daughters and his 6 granddaughters and his 7 great granddaughters and finally there were 4 great grandsons in the family.Jakob is survived by his wife Kathy and his daughters Hertha Lackas, Heidi Fiedler (Dennis), Mary Cundy (Bruce). He is also survived by granddaughters; Dawn Karel (Tony), Kristina Belyeu, Melinda Serwe (Ryan), Jamie Schellinger (Ben), Jennifer Parks (Robert), and Ashley Lackas, great grandchildren Ava, Gabriella, Kennedy, Brooklynn, Alexis, Lydia, Owen, Blake, Ronni, Knox and Kanon. Jakob is also survived by his sister and brother-in-law Rosi and Nick Russ and his sister-in-law Helen Schimpf and Aunt Mary Bittner, and other relatives and friends.He was preceded in death by his parents and son in law Joe Lackas and His brother in law Nick Schimpf.A private family Mass of Christian Burial will take at St. Theresa Catholic Church in Theresa on Friday, November 20th with Father Justin Lopina presiding. Burial will follow at St. Theresa Memorial Garden. Military honors will be conducted by the Theresa American Legion Post #270.