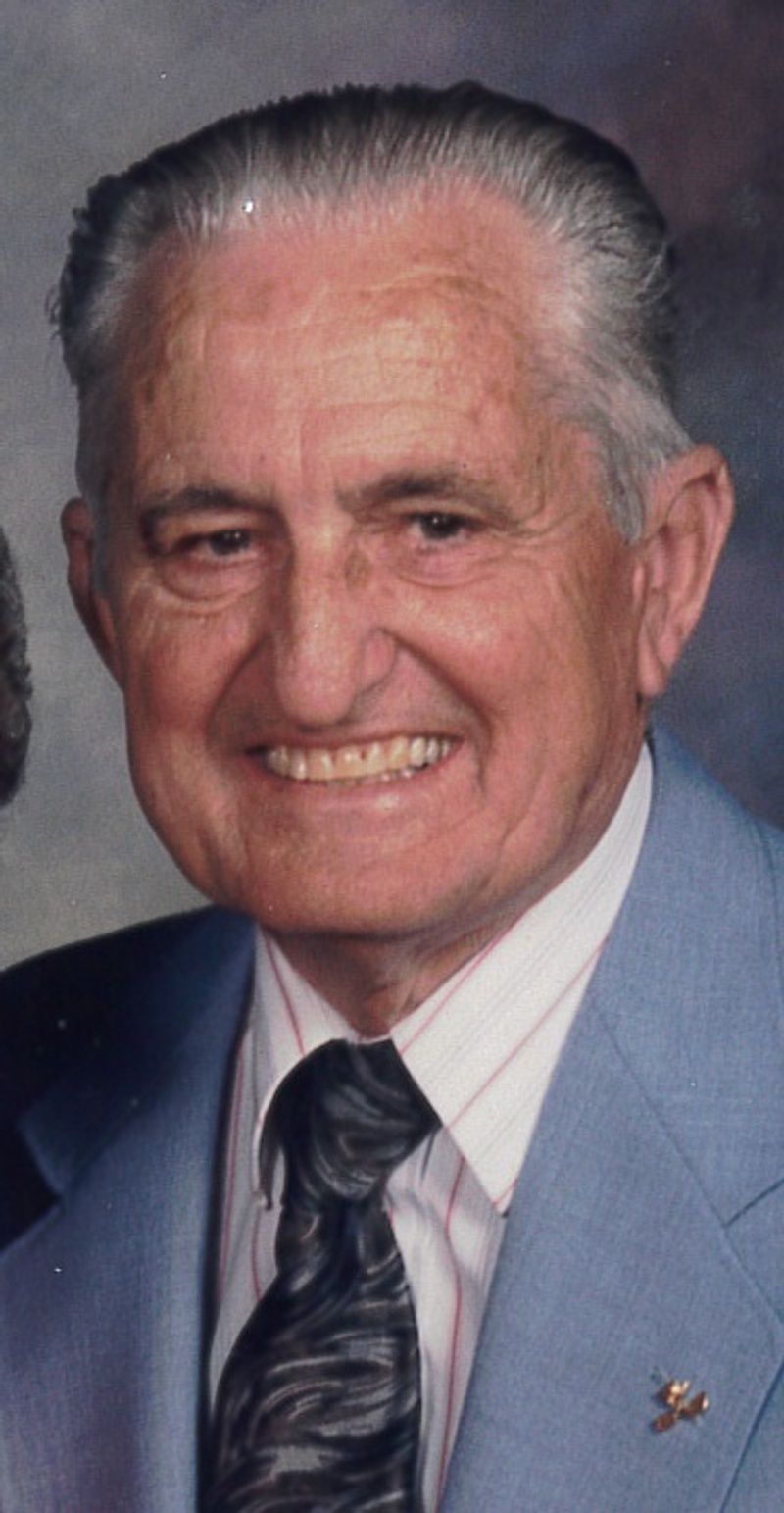 James E. Hammer, 95, of Beaver Dam passed away peacefully on Monday, October 18, 2021 at his home. James was born on October 25, 1925 in the town of Beaver Dam to Joseph P. and Catherine (Stegner) Hammer. He was baptized and confirmed at St. Peter Catholic Church in Beaver Dam. He attended St. Peter Catholic School graduating in 1940. Jim then attended Beaver Dam High School graduating in 1943. Jim was united in marriage to Beverly M. Smith on May 1, 1948 at St. Patrick Catholic Church in Beaver Dam. The couple made their home in Beaver Dam, residing in several locations before moving to Audrey Drive. They were blessed with five children. After high school, Jim worked at several jobs before being employed at Wisconsin Power & Light starting in 1947. He began as a meter reader, then as a dispatcher and finally as electrical substation maintenance man. Jim was a lifetime member of St. Peter’s Catholic Church now St. Katharine Drexel Parish. He served in numerous capacities on church committees, functions, and organizations throughout the years. He enjoyed golfing, reading, collecting old post cards of Beaver Dam, history books of the area, anniversary booklets of Beaver Dam and Dodge County churches and civic organizations. Jim enjoyed helping family and friends wherever needed. He enjoyed the theater and classical music. Jim enjoyed spending time with his children and grandchildren most of all. Jim is survived by his two daughters: Kathleen (Loren) Schoenwetter of Waterloo and Lori (Nick) Stoeckel of Mayville; two sons: Daniel (Kerri) Hammer of Beaver Dam and Joseph (Terri) Hammer of Columbus; daughter-in-law Karen Hammer Homp of Lake Mills; sister-in-law Corrine (Frank) Hammer of Forestville, CA; 16 grandchildren; nine great grandchildren; many nieces and nephews; other relatives and friends. He was preceded in death by his loving wife of 58 years Beverly in 2006; his son Michael in 2004; his parents; sisters: Delores, Ann Baskfield, Margaret Braeker, Adeline Klas, Lucille Lockwood, Lenore Mallon, Verna Klug and Helen Hughes; brothers: George, Norbert, Arnold, and Frank; as well as his father and mother-in-law Marcel and Bernice Smith. A visitation will be held at the Koepsell-Murray Funeral Home in Beaver Dam on Friday, October 22, 2021 from 6:30 p.m. until 8 p.m. A rosary service will begin at 8 p.m. A visitation will also be held at St. Jerome Catholic Church in Columbus on Saturday, October 23rd from 9:30 a.m. until 10:30 a.m. A Mass of Christian Burial will immediately follow at the church with Rev. Grant Theis officiating. Interment will take place at St. Peter’s Cemetery in Beaver Dam. Memorials may be directed to Hillside Hospice of Beaver Dam or to the Pregnancy Support Center of Dodge County. The Hammer family would like to thank Hillside Hospice, especially Patty and Val for all their kindness and support.