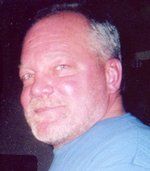 Visitation for Jerrald will be at St. John”s Ev. Lutheran Church in Juneau on Friday, February 13, 2009 from 1:00 PM to 3:00 PM. Funeral services will follow at church on Friday, beginning at 3:00 PM. Rev. Paul Schupmann will officiate. Burial will be at Juneau City Cemetery.

Jerrald D. Niehoff was born on June 10, 1958 in Beaver Dam, Wisconsin to Gordon and Mary (Loveland) Niehoff. He served in the United States Marine Corps from 1976 to 1980. Jerry worked as a correctional officer for Fox Lake and Waupun correctional facilities and also worked for Bryant Products in Ixonia. He was a five year member of the Juneau City Fire Department and in his spare time, he enjoyed farming, hunting and fishing.

Survivors include his mother, Mary Niehoff of Horicon, his brother, Jeffrey Niehoff of Juneau, two sisters, Wendee (FiancAC., Timothy Kortendick) Alviar of Watertown and Amy Niehoff of Prairie du Chien, two nieces, Nichole (Dennis) Gunst of Theresa and Natalie (FiancAC., Scott Abendroth) Niehoff of Neenah, two nephews, Joseph, Luedtke of Juneau and Anthony Luedtke of Waukesha, a great nephew, Matthew Gunst, a great niece, Elizabeth Gunst, former wife, Laurie Abhold and her children, Timothy Berner and Christine (David) Bader, all of Fond du Lac, his best friend and his wife, Jim and Sherrie Mack of Kingston, other relatives and friends. He was preceded in death by his father, Gordon, his paternal and maternal grandparents, and Laurie”s son, Scott Berner.