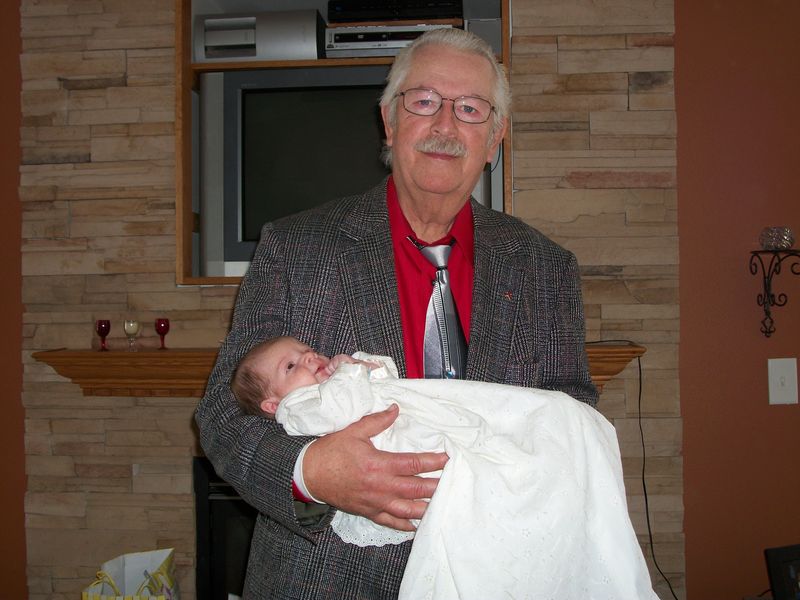 Gerald “Jerry” “Hang Loose” V. Beier, age 72, of Burnett, passed away peacefully on Thursday, June 28, 2018 at the Watertown Regional Hospital. A visitation for Jerry will be held Monday, July 2, 2018 from 4 p.m. to 7 p.m. at St. Stephen Ev. Lutheran Church in Horicon. A visitation will also take place on Tuesday, July 3, 2018 from 9 a.m. until the time of the funeral service at 11 a.m. at the church. Burial will take place at Stone Cemetery in Tn. of Burnett. Gerald was born the son of LaVern and Mildren (Barsch) Beier in Beaver Dam. He was a graduate of Horicon High School. On March 6, 1992 Jerry was united in marriage with Jo-Ann C. Moul at St. Stephen Ev. Lutheran Church in Horicon. Jerry was very active in his community, serving as the Constable of Burnett, Fire Chief of Burnett and was the Supervisor of the Tn. of Burnett Board, or how Jerry would say “dog catcher of Burnett”. He worked for the Dodge County Sheriff’s Department and later became a detective. Jerry was also a member of the S.W.A.T. Team and went undercover. Jerry was a man of faith, he was a member of St. Stephen Ev. Lutheran Church in Horicon, was Chairman of the Church and was a member of various church committees. Jerry “Hang Loose” was the founder and president of the Swan Road Pheasant Club. He enjoyed hunting, fishing, cooking for others, and training dogs. He made many memories on his trips to South Dakota, Shawano, and Alaska. His greatest joy in life was spending time with his friends and family.He is survived by his sisters; Barb Lepple and Marilyn (Albert) Peirick, both of Burnett, step-children; Kim (Gary) Luchini of Waupun, Steven Moul of Burnett and Lori (Cory) Peterson of Waupun, aunt; Marion Barsch of Burnett, brothers-in-law; Kenneth Maas of Horicon, Ronald Zimmer of Juneau, sister-in-law; Judith Boelter of Beaver Dam, step-grandchildren; Collin and Emily Peterson and Dillon Moul, nieces; Lisa (Mark) Miller and Brenda (Clint) Kane, nephews; Paul Lepple and Phill Lepple. He is further survived by other relatives and friends. Jerry was preceded in death by his wife; Jo-Ann; mother; Mildred, father; LaVern, mother-in-law; Erna, father-in-law; Edward, brother-in-law; John, and sister-in-law; Lila.