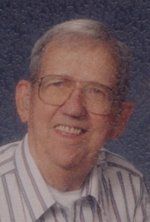 John E. Gardner, age 90, formerly of Poynette, died on Friday, October 10, 2008 at his home in Beaver Dam, surrounded by his loving family.

A memorial gathering will be held at the Murray Funeral Home in Beaver Dam on Thursday, October 16, 2008 from 6:00 PM until 7:00 PM. The memorial service will follow at the funeral home with Chaplain John Burgbacher and Chaplain Donald Laabs officiating. Private inurnment will take place on Saturday October 18, 2008 at the Rocky Run Cemetery, Town of Lowville, Columbia County, Wisconsin.

John Edward Gardner was born on October 31, 2008, in Galesville, WI, to the late John Henry and Emma (Stark) Gardner. On March 28, 1952, he was united in marriage with Barbara Walters in Poynette, WI, at the First Presbyterian Church. John enlisted in the US Army, during WWII. He served 21 years of active service, with the Airforce, retiring in 1967 as a Technical Sergeant. John was a Charter member of the AMVETS #33 and was a member of the Sacred Order of the Golden Dragon, aboard the USS Latimer. John loved camping, watching sports, and traveling but most importantly, he loved his time spent with his family and friends.

John is survived by his wife, Barb, of Beaver Dam, children, Evelyn (Chuck) Leystra, of Randolph, and John B. Gardner, of Beaver Dam, grandchildren, Tara (Dustin) Nielsen, of Poynette, and Dana Leystra, of Appleton, a sister, Emma (John) Husie, of Galesville, his dog, Oscar, nieces, nephews, other relatives and friends. He was preceded in death by his sisters and brothers, Violet Solberg, Evelyn Baer, Annie Gardner, Eleanor Hilton, George, Edward, Fredrick , and Ben.