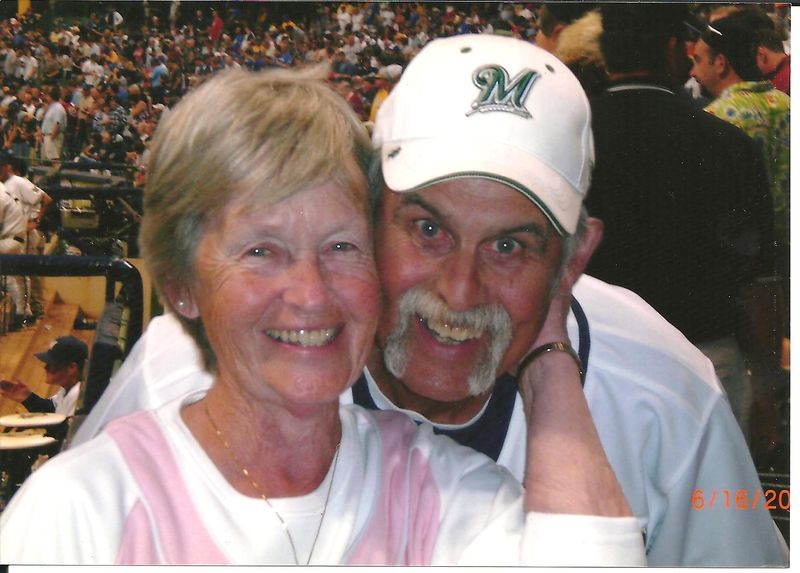 John Patrick “Pat” Wilmot, 75 years old, of Mayville, passed away on Tuesday, March 3, 2015 peacefully at his home. A Mass of Christian Burial will be held on Tuesday, March 10th at St. Mary Catholic Church in Mayville at 6:00 p.m., with the Rev. Father Enrique Hernandez officiating. A visitation will take place on Tuesday, March 10th from 4:00 – 6:00 p.m. at church. Pat was born on April 13, 1939 to John F. and Audrey Rose (Cossairt) Wilmot in Fort Wayne, IN. He was a graduate of Lomira High School. Pat was united in marriage to Sandra Lohr on June 27, 1959 at St. Paul Lutheran Church in Mayville. He was employed by and retired from Weyco Shoe Factory in Beaver Dam. Pat is survived by his wife Sandy of Mayville; his daughters Patti (Tim Fletcher) Hilker of Mayville, Kelly Rader of Mayville, Aimee (Alan) Thelen of West Bend; his brothers Tim (Mary Jo) Wilmot of West Bend, Brian (Patricia) Wilmot of Mt. Horeb, Shannon (Nancy) Wilmot of Raleigh, NC; sisters & brothers-in-law Ann Wilmot, Judi Arnhoelter, Paula Brockner, Charles (Dolores) Lohr, Mariheart (Les) Swift, James Lohr, and Gina Heidemann; grandchildren Staci (Craig) Schnaderbeck, Dillon Thelen, Emily Rader, Jack Thelen, and Zane Rader; nieces, nephews, other relatives and friends; and his favorite dog blonde Buffy. Pat is preceded in death by his parents, 2 brothers Michael & Terrance.In Pat’s own words:”My life has sped by at what seems like warp speed. In retrospect, it would be impossible for me to properly thank all the folks I’ve met and helped me enjoy myself along the way. My family couldn’t have possibly been any better to me and enabled me to fulfill all my dreams. Family – The main reason my feet hit the floor each morning. Work was the driving force for almost fifty years to provide the best I could for them. In between, other activities were shared and experienced that made it extra worthwhile. Fishing – This is an activity that began with my Dad. He taught me to fish. As our family grew, they got involved and provided me with a ton of satisfaction and joy. I could fill a book with these adventures from Fox Lake to Canada. Hunting – I cut my teeth on chasing rabbits and squirrels with my dog, Peanuts, and expanded, over the years, to include deer, ducks, geese, pheasants and grouse. Bow-hunting for deer provided some of my most memorable experiences. Being able to pass this part of my heritage along to Patti was very special.Golf – Through the years it has been a source of much satisfaction as well as the usual frustrations of the game. Playing in leagues helped fill in the competitive side of me and when Sandy got involved I enjoyed it even more as it gave us another excuse to spend time together.Gardening – memories of my Dad is when he’d be tending his gardens and all the love and effort he put into them. I’ve always been proud of the potatoes, tomatoes, beans and other assorted vegetables as well as the flowers. Reading – Over time, I’ve enjoyed reading about a multitude of subjects, from history in particular WWII to sports to mysteries and beyond. Photography – I discovered another passion. Over the years I’ve been able to document, in more than words, the occasions that make peoples’ lives whole.Sheepshead – This is a card game that I had no idea existed until I married Sandy. She and her mother had played all their lives so it was natural that I would get involved. Over the years, time spent playing, all the way from camping to lunch time at work to our hunting trailer to family gatherings has always been enjoyable, even, at times, for real money.Archery – I started out in the mid 80’s at the Horicon Marsh Bowmen shooting at targets in leagues and tournaments. Eventually it evolved into bow hunting for deer. Cooking – I basically dabbled at this until I retired in 2001, then got more serious. Seeing that Sandy was still working, I couldn’t see why she should have to come home at night and make suppers when I had all day. Eventually, the stove and charcoal grill became friendlier. Umpiring – I umpired for about 35 years starting with fast pitch softball at the Malt House Grounds in 1963. I worked high school baseball, Rock River League and American Legion as well as softball in Mayville and Theresa. Crossword puzzles – I believe my passion for reading anything and everything has helped me in doing crosswords. There is a true sense of accomplishment. Writing – My scribbling began by keeping a log of hunting and fishing trips and the particulars of each trip. Then, in an effort to keep the memories alive, I expanded some of the adventures into story form. I also felt there might be some value to future generations of our family to document some of my personal feelings. NASCAR – Dan Vroman got me started. The most fun was when I got involved in a virtual team competition with him. I looked at the races a lot different after that. When Dale Earnhardt passed away, I couldn’t have felt worse. Packers – From the dismal days of Tobin Rote to the elations of Bart Starr to the recent excitements of Aaron Rogers and the downers in between I have been a Packer fan. I’ve always felt that hours spent on Sunday afternoons watching them have never been wasted. Live Theater – I was introduced to the Fireside Theater in Fort Atkinson. In the last few years we also try not to miss any of the efforts of The Marais Players. Grandchildren – I’m so proud of each of my grandchildren and their accomplishments. They have been a joy to watch; from Staci getting her doctorate in Pharmaceutical studies, Dillon becoming a Marine, Emily going to college of Pre-Med, Jack and his sports teams, and Zane in his theater.To say I’ve had a full life would be a gross understatement. I can’t imagine it being any better.Thanks, again, to all.” -Pat 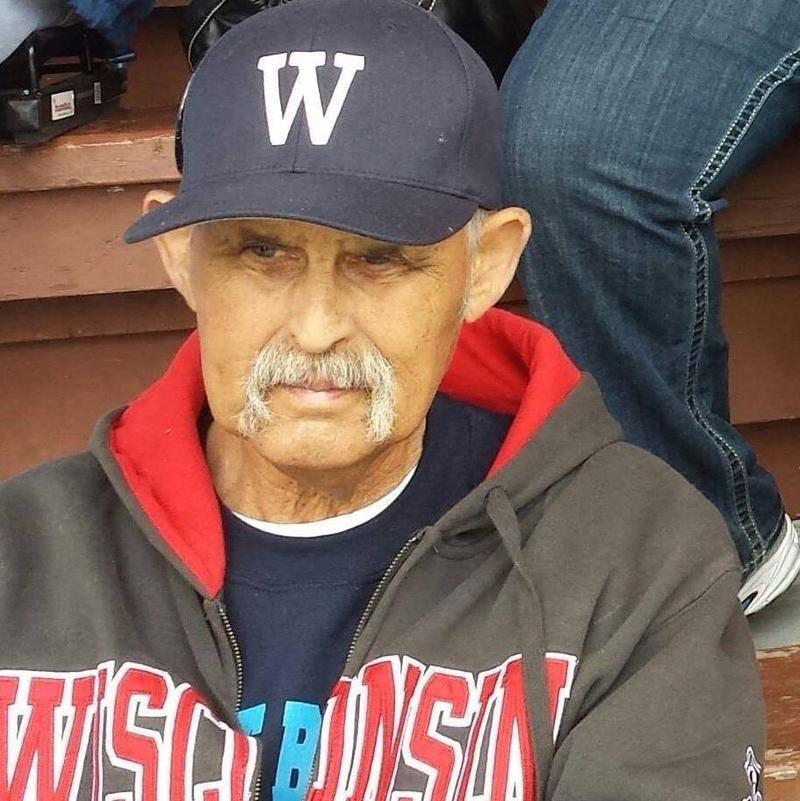 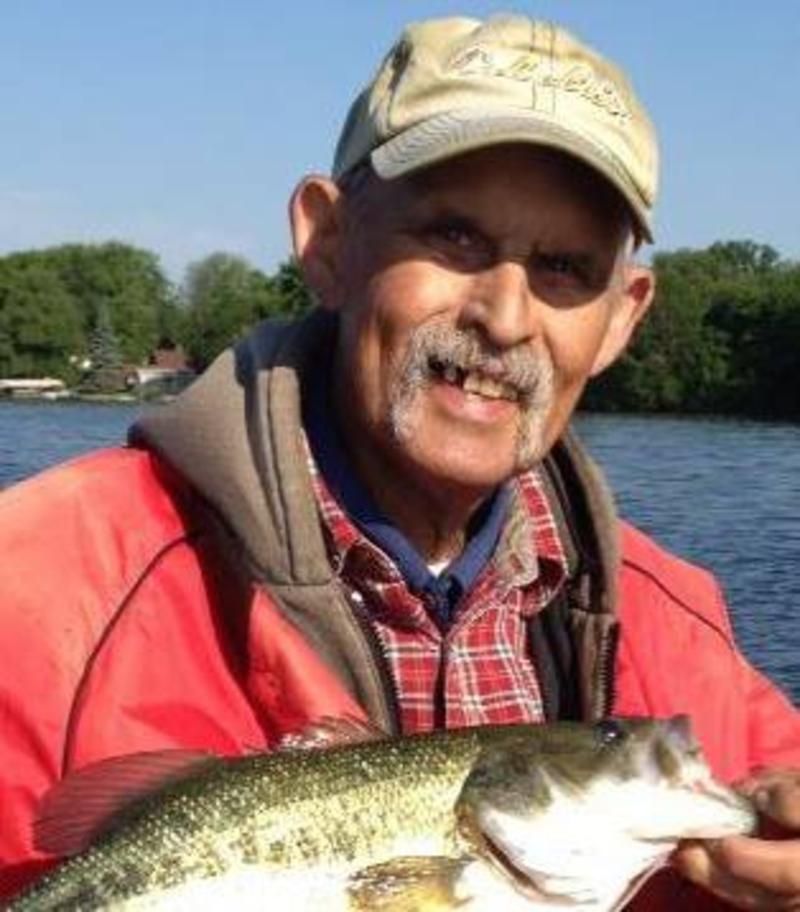 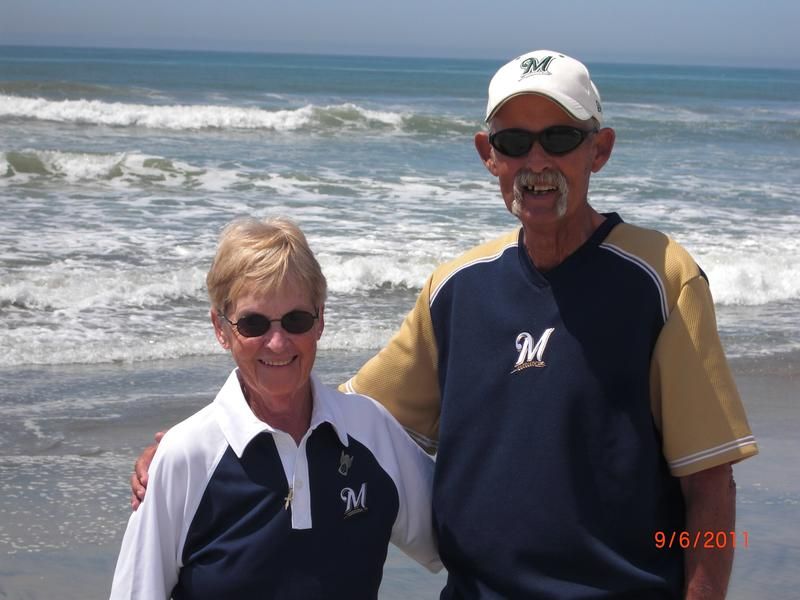