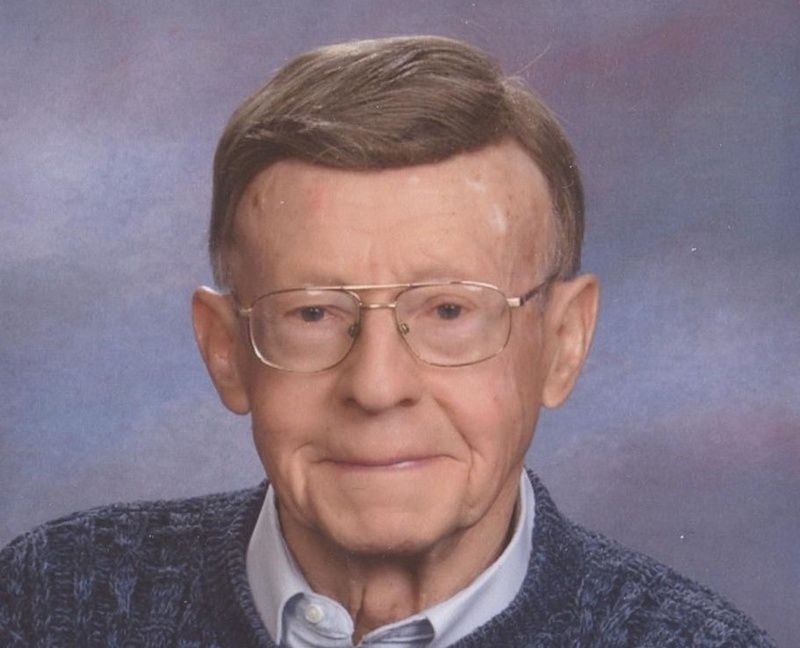 Joseph Schnitzler of Theresa passed away peacefully at St Francis Terrace on Monday, March 8, 2021 at the age of 89. He had been a resident at St Francis Terrace assisted living in Fond du Lac for the past year and a half.He was born on April 4, 1931 on the Schnitzler family farm in the town of Theresa to the late Edwin and Angela (nee Schmidt) Schnitzler. Joseph attended school at St. Theresa’s school and graduated from Good Road School in 1945.On September 30, 1961 he was united in marriage to Henrietta Peters at Holy Angels Catholic Church in West Bend. Joseph and Henrietta met at a dance and enjoyed dancing for many years.Joseph was employed at Purity Cheese Company in Mayville for thirty years and then was a self-employed house painter until 2010 when he “retired”.He enjoyed the simple pleasures in life such as spending time with his wife, children, and grandchildren, vegetable gardening, caring for flowers and wine making. It was always a pleasure to see all of his flowers and eat of his garden produce throughout the growing season.Joseph was an active lifetime member of St. Theresa’s Catholic Church in Theresa. Over the years, he served in various ways including being a member of the Knights of Columbus, cemetery board member, caring for the flowers and shrubs on the church grounds, painting, ushering and taking communion to homebound parishioners just to name a few. Joseph is survived by two loving children: Leo (Candi) Schnitzler of Menomonee Falls and Gerene Schnitzler of Theresa, two grandsons, Avery and Levi; two sisters-in-law: Lillian Ritger of West Bend and Rita Peters of West Bend; many nieces and nephews, and many other relatives and friends.In addition to his parents, he was preceded in death by his wife Henrietta; three brothers: Andrew (Jean and Marion) Schnitzler, Henry (Shirley) Schnitzler and Martin (Annie) Schnitzler; 9 brothers-in-law and 5 sisters-in-law. A Mass of Christian Burial will be held on Friday, March 12th, 2021 at 3:00pm at St Theresa’s Catholic Church, 102 Church St, Theresa with the Rev. Father Thomas Biersack presiding. The family will greet relatives and friends at a visitation, which will be held from 1:30 p.m. until the 3:00 p.m. service. Burial will follow at St. Theresa Cemetery in Theresa. Masks and social distancing will be required.The family would like to express their appreciation to the staff at St Francis Terrace and Agnesian Hospice Hope for their compassionate care of Joseph.In lieu of flowers, memorials to St Theresa’s Catholic Church are appreciated.