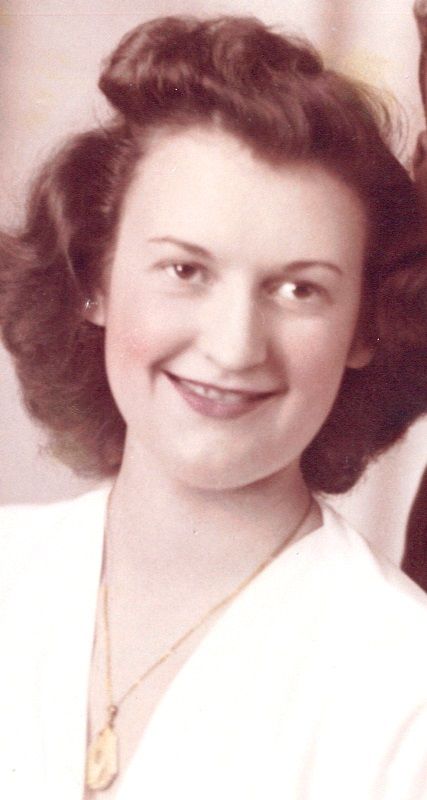 Kathryn L. “Kay” Hermanson, 92, of Columbus passed away on Wednesday, September 3, 2014 at “At Home Again” Assisted Living in Columbus.A memorial service will be held at 11 a.m. on Monday, September 8, 2014 at Zion Ev. Lutheran Church in Columbus with the Rev. Daniel Sims officiating. A visitation will also be held on Monday from 10 a.m. until 11 a.m. at the church. Inurnment will take place at Hillside Cemetery in Columbus. Kathryn Louise was born the daughter of Benjamin and Florence (Essex) Herbst on December 12, 1921 in Dalton, WI. She was a graduate of Columbus High School. Kay was married to Lawrence Hermanson on September 20, 1943 in Columbus, GA. She was employed with the Columbus Water and Light and later with the Columbus School District for many years. Kay was a member of Zion Ev. Lutheran Church in Columbus. She was active with the Beaver Dam Arts Association, the Columbus Country Club and the Columbus Community Hospital Auxiliary. Kathryn enjoyed time spent with her Bridge Club. She had a love of dogs and always had at least one dog. She enjoyed watching the Badgers, Packers, Brewers and QVC. Kathryn will be remembered as having a quiet and quick sense of humor. She will be missed.Kathryn is survived by her four children: Merry Anderson of Columbus, Jon (Deb) Hermanson of Knoxville, TN, Diane (Gary) Schuhmacher of Waterloo and Paul (Teresa) Hermanson of Milton, WI; seven grandchildren: Sara (James) Hanna, Samuel (special friend, Sarah Elliott) Schuhmacher, Erik Hermanson, Josh Monhollan, Matthew (Merissa) Hermanson, Hanna Hermanson and Jake Hermanson; five great-grandchildren; her best friend, Mildred “Millie” Kindschi of Columbus; nieces, nephews, other relatives and many friends.She was preceded in death by her parents, her husband Lawrence in 2004, her brother Wallace, her granddaughter, Macey Hermanson and two great-grandsons. Memorials may be directed to Zion Ev. Lutheran Church or the Columbus Community Hospital both of Columbus.