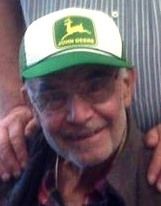 A funeral service will be held at 1 p.m. on Tuesday, July 15, 2014 at the Koepsell-Murray Funeral Home, N7199 N. Crystal Lake Rd., Beaver Dam with the Rev. Chris Davis officiating. A visitation will also be held on Tuesday from 11:30 a.m. until 1 p.m. at the funeral home. Interment will take place at Oakwood Cemetery in Beaver Dam with military honors provided by the John E. Miller American Legion Post 146 of Beaver Dam.

Kenneth Earl was born the son of Ben and Viola (Welch) Matuseski on March 11, 1927 in Beaver Dam. He was married to Irene Zuhlke on November 26, 1949 in Beaver Dam. Kenneth was a farmer in the Beaver Dam area and retired from John Deere in 1986.

Kenneth served his country in the United States Army during WWII. He was a member of Grace Presbyterian Church in Beaver Dam. Kenneth was a collector of antique tractors and was a lifetime member of the Dodge County Antique Power Club. He especially loved spending time with his family.

He was preceded in death by his parents, his wife Irene in 2005, and his siblings: Lyman, Glen and Leona.