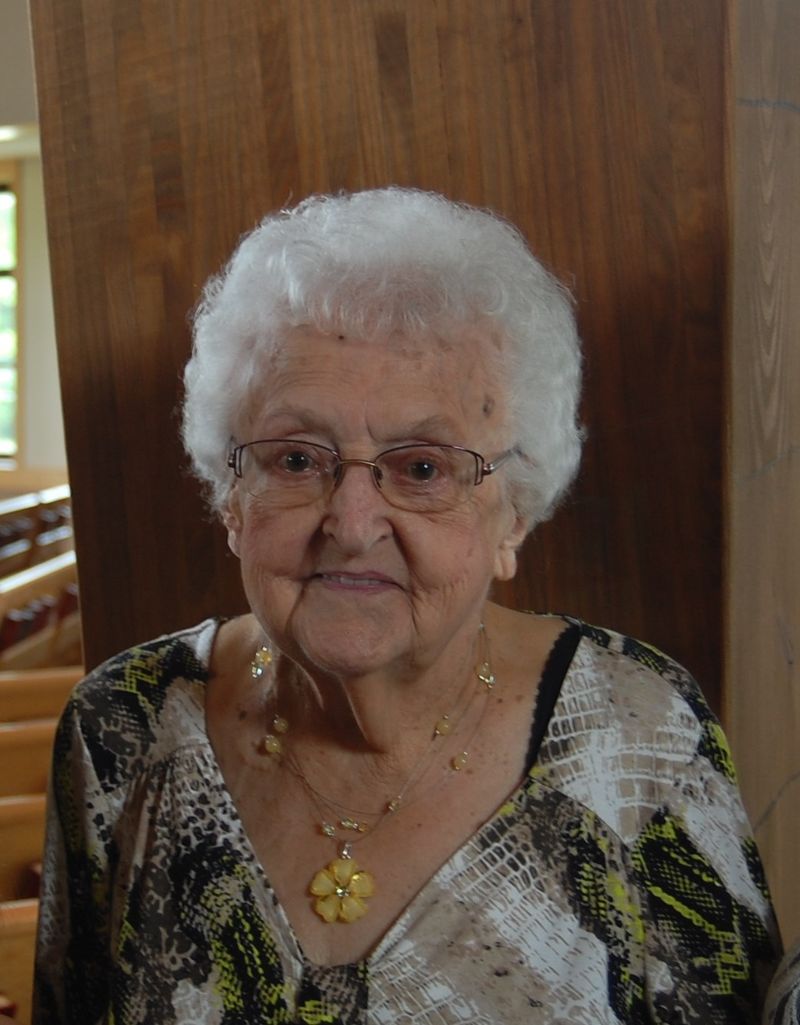 LaVerne E. Krahn, age 90, of Mayville, WI passed away on October, 10, 2014 at Hillside Manor in Beaver Dam.A funeral service will be held on Tuesday, October 14 at 2:00 p.m. at Emmanuel Ev. Lutheran Church in Tn. Herman with the Rev. Walter Oelhafen officiating. A visitation will be held on Monday, October 13 from 4:00 pm -7:00 pm at the Koepsell Funeral Home in Mayville and again on Tuesday, October 14 from 1 pm until the time of the service at 2 pm. Burial will take place at Emmanuel Cemetery. LaVerne was born the daughter of Raymond and Regina (Henning) Luedtke on May 4, 1924 in Tn. Herman. On August 18, 1945 she was united in marriage to Clarence ‘Sparky’ Krahn at Emmanuel Ev. Lutheran Church in Tn. Herman. She was a lifetime member of Emmanuel Ev. Lutheran Church in Tn. Herman, where she was a member of the Ladies Aid. Together with her husband she farmed in Tn. Herman. She also cooked for the Herman Consolidated School. In her spare time LaVerne enjoyed the time spent with her family.She is survived by her children- Joyce (Richard) Moldenhauer of Hartford, Gloria (Allen) Christian of Mayville, and Gerald (Pam) Krahn of Nashville, TN. Her sisters- Verona (Tom) Hartwig of Mayville and Inez Pilsner of Mayville. Her brother- Floyd (Gloria) Luedtke of Shawano. Her sisters in law- Lorraine Enderle of Lomira and Sue Luedtke of Winchester. Her grandchildren- Keith (Louisa) Moldenhauer, Mark (Shannon) Moldenhauer, Kevin (Andrea) Moldenhauer, Melissa (Jesse) Decker, Dustin Christian, Robert Krahn, and Whitney Krahn. Her great grandchildren- Molly, Nicholas, Ethan, Jayden, Mason, and Megan. She is further survived by nieces, nephews, other relatives and friends.She was preceded in death by her parents, her husband in 2008, her brothers- Lloyd Luedtke and Harvey Luedtke and brothers in law- Howard Pilsner and Wilbur Enderle.Memorials may be directed to Emmanuel Ev. Lutheran Church in Tn. Herman.