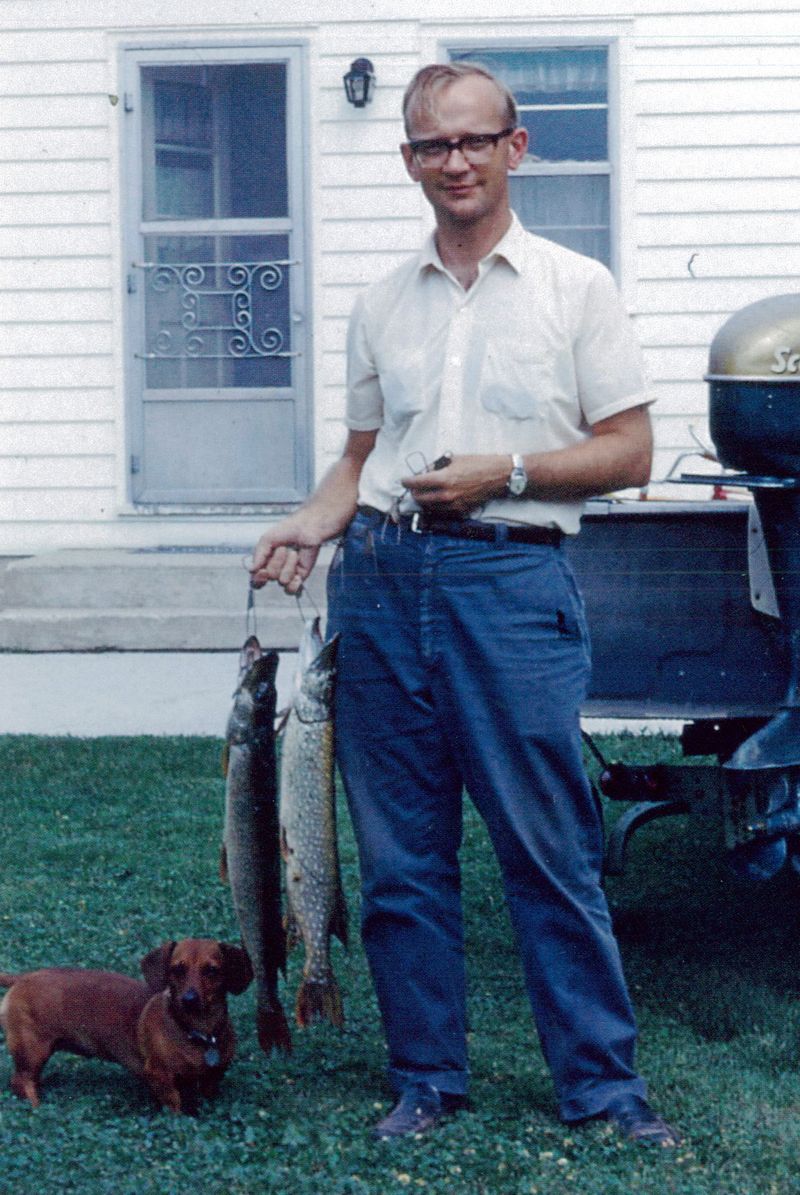 Lawrence Churchill, of Mayville WI, passed away peacefully on Friday Dec 15th, 2017 at Prairie Ridge Assisted Living in Beaver Dam at the age of 85.Larry was born Oct 14th, 1932, the son of Lawrence and Gertrude (nee Reich) Churchill in Valley Junction, WI. Larry met the love of his life, Iris Ann Budtke at the roller rink in Hatfield WI while they were still in high school…They were married in Marshfield WI on Nov 8th, 1952. He joined the Navy after high school. During his tour in the Navy he was stationed in Key West Florida for 3 years …Larry and Iris remembered that living in Key West as newlyweds, was like being on a 3 year honeymoon.Larry entered college at UW Stout, Menomonie after his tour in the Navy. During this time their “children” , Diane and David were born. During their married life they lived in many places; Florida, Illinois, Minnesota, and finally settling in Delavan WI, where Larry worked as a Project Engineer at Sta-Rite Industries. In 1971 he moved his family to Mayville, WI where he and his wife opened up a Sears Catalog Store. They operated it for close to 10 years. After that he worked for Dodge County until retirement. Larry had many talents and hobbies, and was good at them all. They included woodworking, mechanics, machining, electronics, ham radio, computers, fishing, photography, going to rummage sales, and collecting stamps, coins and guns. Anytime you were looking for him, you could find him tinkering in his workshop. He and Iris were home bodies, and loved to watch late night TV, read, and most of all enjoyed each other’s company for 60 years.He is survived by his daughter Diane “DeeDee” (Ken “Speedy) Voight of Mayville, son David, (Christine) Churchill of Mayville. His grandchildren Stacy (Mario) Fantauzzi of Chanhassen, MN, Jared (Jenny) Voight of Oshkosh, Zachary Churchill of Mayville, Alexander (fiancée Emily) Churchill of Milwaukee and Madison Churchill of Milwaukee. Further survived by great grandchildren, Luca and Sylvia Fantauzzi, Emmett and Allison Voight. He is also survived by his sister Barbara (Dave) Norgaard of Black River Falls, WI. Brother in laws Don Hansen and Roger Schiller…and by other nieces and nephews.Larry was preceded in death by his wife in 2013, parents, his sister in laws Carol Schiller,Arlene Hanssen and niece Debbie Parent.There will be a private family memorial service and inurnment at Graceland Cemetery in Mayville at a later date.