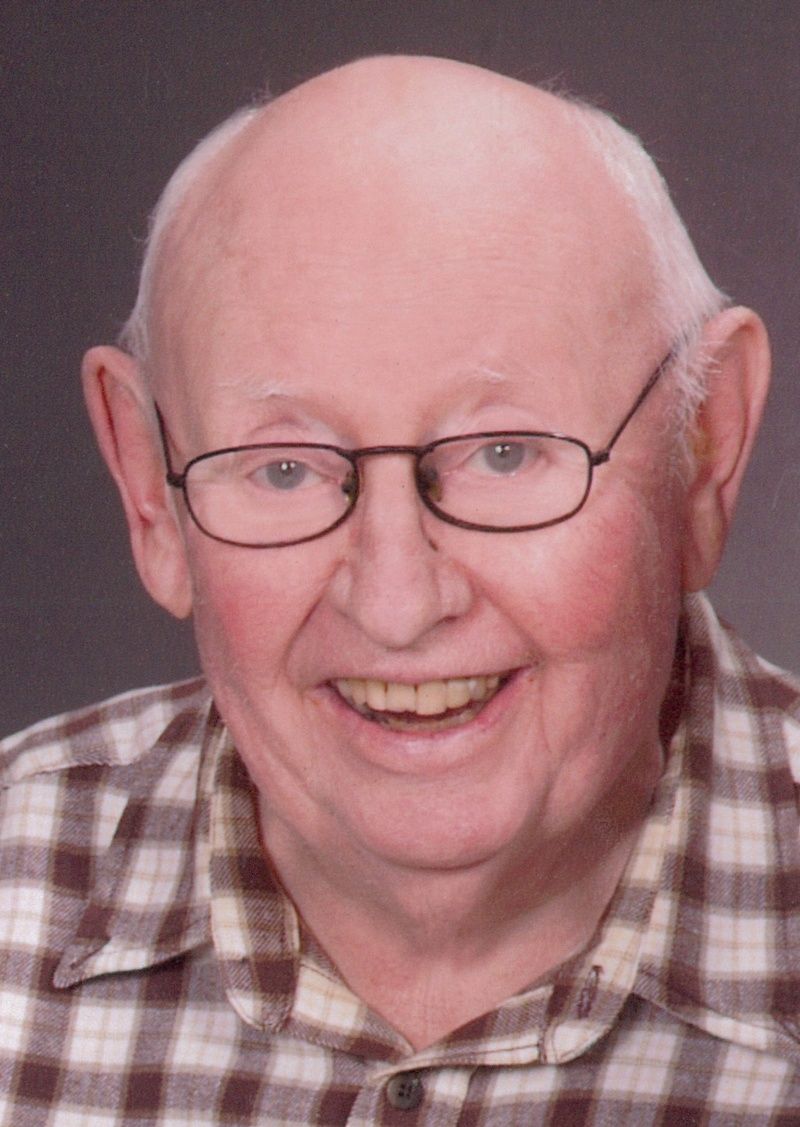 Joe Hartzheim, age 92, formerly of Horicon, died on Monday, September 9, 2019 at Hillside Manor in Beaver Dam.The visitation will be at Sacred Heart Catholic Church in Horicon on Monday, September 16, 2019 from 10:00 a.m. until 11:00 a.m. The Mass of Christian Burial will follow at church on Monday at 11:00 a.m. with Fr. Justin Lopina and Fr. John Hedrick officiant. Burial will be at Immaculate Conception in Juneau with military honors provided by the American Legion Post #15.Leo Joseph Hartzheim was born on January 23, 1927 in Juneau, Wisconsin to Elmer and Irma (Schrap) Hartzheim. He was one of nine children. Four siblings died in infancy and the other four were Paul Hartzeim, who died in service during WWII, Dr. James Hartzheim, also a WWII Veteran, Mary Ruth Brady, and Patricia Deniger. They too, have all since passed. He was a 1945 graduate of Juneau High School. Following high school, Joe proudly served in the United States Army from June of 1945 until December of 1946, during WWII. On December 28, 1968, Joe was united in marriage with Rose (Wollet) Peters. He worked for over 35 years as a salesman for the Juneau Independent Newspaper and also worked at the City Services (Citgo) in Juneau for 12 years. At age 70, Joe retired. Joe was a member of Sacred Heart Catholic Church and a past member of Immaculate Conception Catholic Church where he served as an usher. He was a member of the Juneau American Legion Post #15 and of the Lowell VFW.Joe is survived by his son, Mike (Kay) Peters of Beaver Dam; grandchildren, David (Rachel) Peters, Tom Peters, Dan (Robin) Peters, Brian Peters-Hall, and Becky Peters-Hall; great grandchildren, Justin and Alexa Peters, Jordan, Jenna and Mollie Blockwitz, Tyler, Ross, Brandon, and Mason Peters, Cole and Dalton Peters, and Madison Peters-Hall; many nieces and nephews; other relatives and friends. He was preceded in death by her parents; wife, Rose; siblings; and a son, William Peters.The family wishes to thank everyone at Hillside Manor for the compassionate care that was shown to Joe throughout his stay there.Memorials may be made in Joe Hartzheim’s name to the Badger Honor Flight.