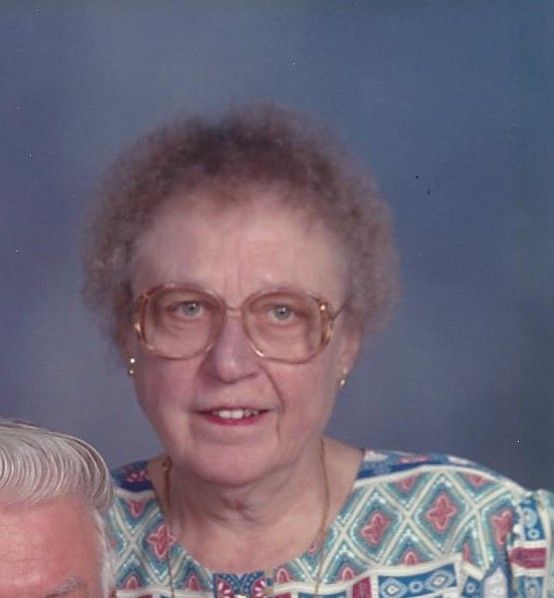 Louine M. Hundt, 74 years old, of Neosho, passed away on Thursday, March 2, 2017 at Aurora Medical Center in Hartford.A funeral service will be held on Wednesday, March 8, 2017 at 11:00 a.m. at St. Paul Ev. Lutheran Church in Neosho, with the Rev. Joshua Kesting officiating. A visitation will take place on Tuesday, March 7th from 4:00 – 7:00 p.m. at St. Paul Ev. Lutheran Church in Neosho, and also on Wednesday, March 8th from 10:00 a.m. until the 11:00 service at church. Burial will take place at Pleasant Hill Cemetery in Hartford.Louine was born on March 15, 1942 to Hilbert and Marcella (Ritter) Koepsell in the township of Herman. She was a 1960 graduate of Horicon High School. Louine was united in marriage to Melvin L. Hundt on October 1, 1960 at St. Stephen Ev. Lutheran Church in Horicon. Together with her husband, they farmed in the township of Hustisford.Louine was a member of St. Paul Ev. Lutheran Church in Neosho, where she was also a member of the Altar Guild. She was also a member of the Sinissippi Trail Hawks Snowmobile Club. Louine enjoyed camping, playing cards, and listening to polka music. She also spent many hours babysitting for families in and around the Neosho area. Louine is survived by: her husband Melvin of Neosho; her children- Cheryl (Dennis) Bergmann of Beaver Dam, Daryl (Debra) Hundt of Neosho, Terry (Dawn) Hundt of Watertown, and Rhonda Hundt of Beaver Dam; her sisters and brother- Phyllis Ewert of Mayville, Larry (Lois) Koepsell of Beaver Dam, and Diane (Gene) Korth of Iron Ridge; her grandchildren- Analisa Hundt, Tyler Hundt, and Terra Hundt; nieces, nephews, other relatives and friends. Louine is preceded in death by: her parents, her mother and father-in-law Edwin and Edna Hundt, and her brother-in-law Lester Ewert.Memorials may be directed to: St. Paul Ev. Lutheran Church in Neosho or Hustisford Community Hall.The family would like to thank the staff at Aurora Medical Center for their wonderful care.