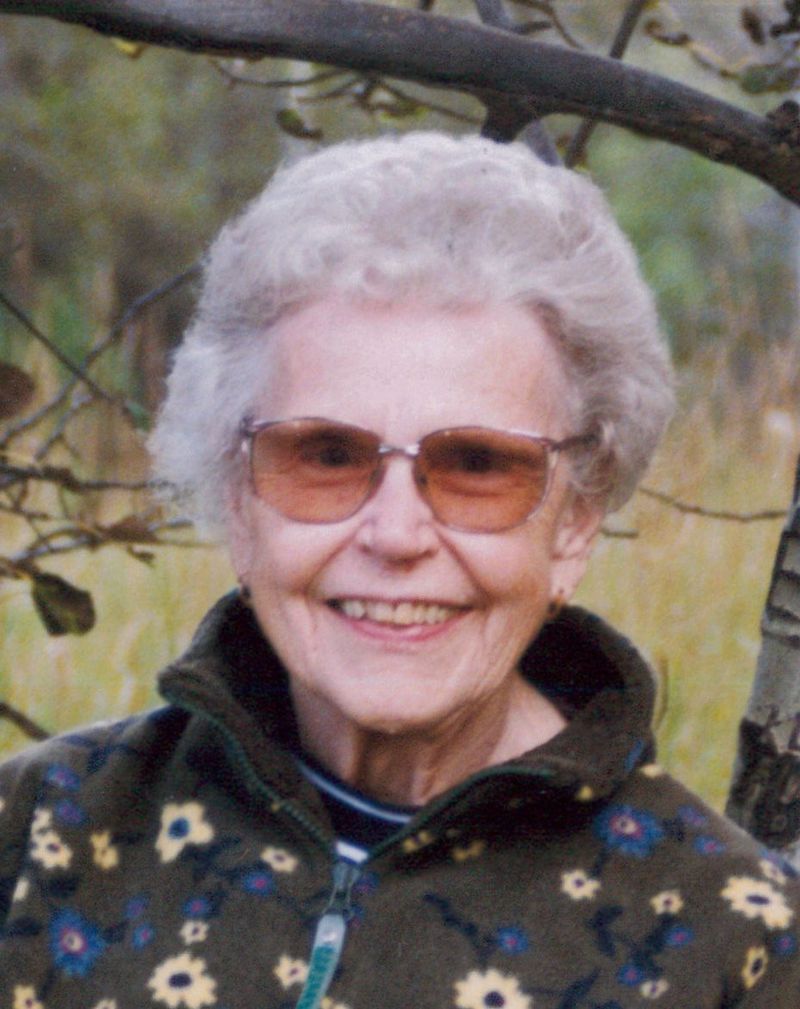 Mabel L. Ludtke, age 98, formerly of East Troy, died on Wednesday, September 10, 2014 at Clearview Nursing Home in Juneau. The memorial gathering will be at First United Church of Christ in Reeseville on Saturday, September 13, 2014 from 10:00 a.m. until 11:00 a.m. The memorial service will follow at the church at 11:00 a.m. with Rev. Lois Rosko officiating. Inurnment will be at Oakridge Cemetery in East Troy on Monday, September 15, 2014 at 11:00 a.m. The former Mabel Lillian Springer was born on August 8, 1916 to William H. and Nora E. (Peterkort) Springer in Grayslake, IL. On December 21, 1941 she was united in marriage with Ellis F. Ludtke. Mabel was a caretaker all of her life. She loved caring for her children, husband, and even residents of Walworth County Nursing Home. She continued to care for everyone well into her 80’s. Mabel was a longtime member of First Congregation United Church of Christ in East Troy. Survivors are her children, Larry Ludtke of Reeseville, and Linda Tauchen of Reno, NV; grandchildren, Stephanie Ludtke of Grafton, Matthew (Rebecca) Ludtke of DePere, Ryan (Lea) Tauchen of Reno, NV and Erika Tauchen of Reno, NV; great grandchildren, Sam and Jonah Ludtke; nieces, nephews, other relatives and friends. She was preceded in death by her parents; husband; sisters, Helen and Clara; and daughter-in-law, Barbara Ludtke. If desired, memorials in Mabel L. Ludtke’s name may be made to First United Church of Christ, 215 Lincoln Ave., Reeseville, WI 53579. The Koepsell-Murray Funeral Home in Beaver Dam is caring for the family. To leave online condolences, or for directions and other information, please visit our website at www.KoepsellFH.com.